Here are some pictures for Parry Sound Sideroads & Shorelines, published 6 times a year, showing some of the beauty of the Parry Sound area.   These pictures may be published in the May/June issue of the brochure.

This first photo is of a wild Beaked Hazelnut blossom on a wet day in April.  The red/purple filaments are the blossom’s stigma.  Pollen from the catkins of  neighbouring shrubs stick to the stigma and form pollen tubes to fertilize the ovules deep in the ovaries of the bud. 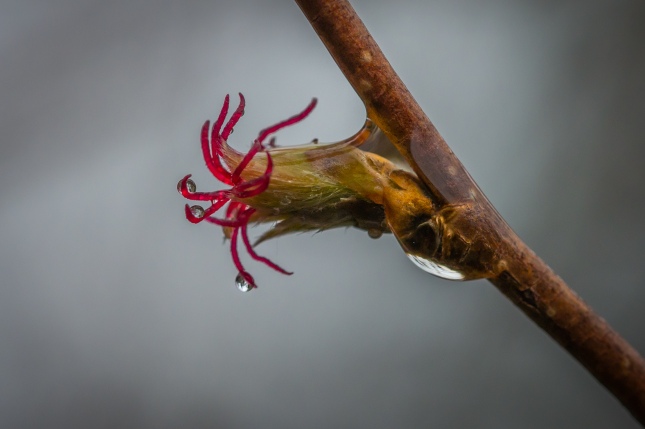 Below is a picture of a green frog contemplating the colour yellow.  Actually if you observe a frog in this position you’ll see what it is doing.

Yes, it is waiting.  Waiting for a meal to land on that blossom.

This picture was made at the Killarney East Lighthouse at Red Rock Point.  We were experiencing a gale blowing from the Southeast throwing a spume tens of metres up over the rocks.  The flow of water-laden air over the rocks first caught my eye … then I saw the two rainbows:

Every spring these singing insectivores return to glean our plants of newly hatched larvae and sometimes to raise a family.  This American Redstart is showing his rictal hairs, which might help him catch his meals in flight.   Every year a pair of Redstarts raise a family in my neighbourhood. 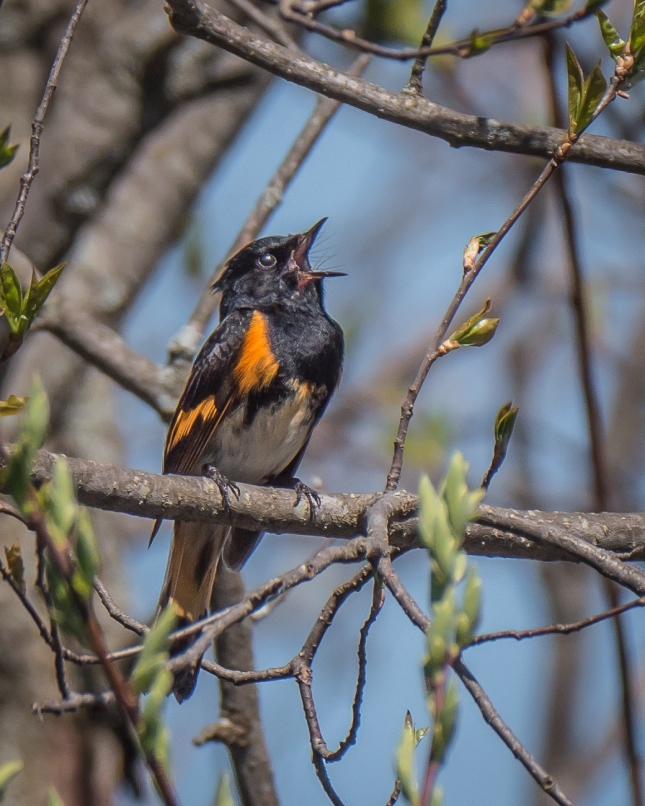 This might be a Columbine Duskywing stopping by for some nectar or perhaps laying eggs on its common host, our Canadian Columbine. 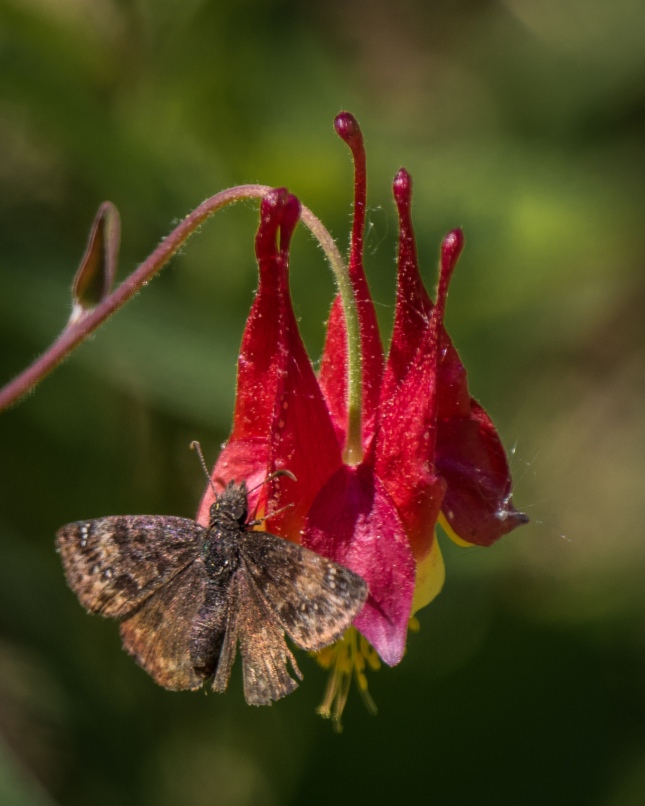 This pancake of ice is “floating” over the water at Meshaw Falls, French River.

These British Soldiers usually begin their fruiting in early April. Maybe later this year, as they need warm moisture. 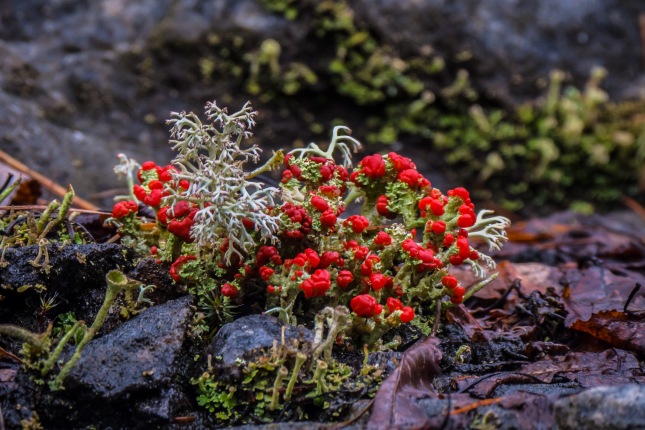 Mama bear showing her cub how to feast on some black cherries….. 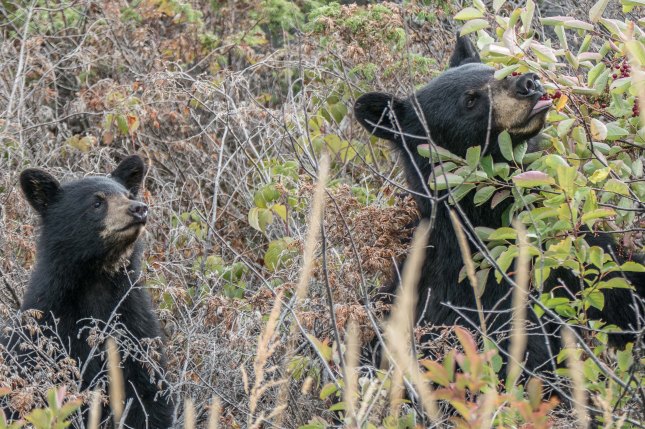 “Up, up and away,” say these Sandhill Cranes… 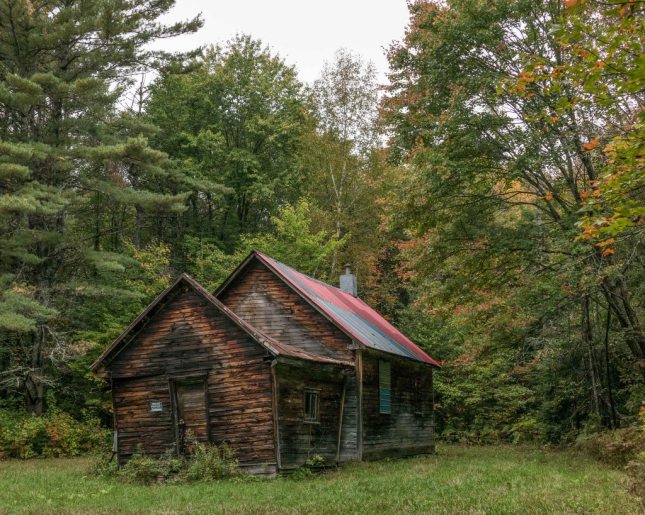 Most pictures depend on interesting lighting, as these two show …

Here is a picture of the picture-maker:

Watch for the May/June issue of Parry Sound Sideroads & Shorelines  to see which of the above pictures make it into the magazine.