The heavy snowfall of November 19th froze and remained intact for the trip to Parry Sound for our winter tire changeover on November 20th.  This is what we saw on the return to Britt via Skerryvore Community Road.

Ritchie Drive off of Woods Road, North of Nobel.

Stream flowing into Big Lake off of Hwy 259 …

I just came across this, confirming that North Americans have a lot to be thankful for.  ( Scoring method. )

On November 19th we woke to a heavy snowfall of wet snow that had frozen to the landscape.   This is what we saw around Britt.

Across the highway along Boucher’s Pit Road:

Tom and Sue came by and pointed out this nest  across the road from Joe and Allison’s place.   I emailed Joe Campbell at http://www.gananoque.com/goh/joe.htm

who told me that the nest was made by a colony of bald-faced hornets.

You may remember this wasp consuming its prey in this September 1st post.

In that post I mis-identified the wasp a Great Black Wasp.  It is actually a Bald-Faced Hornet consuming a big hoverfly.

This load of snow on winterberries reminds  me of Marge Simpson!

And every time I see this great carving I am reminded of my late dear friend John.

He is sadly missed by our little community and by kith and kin across our Country. 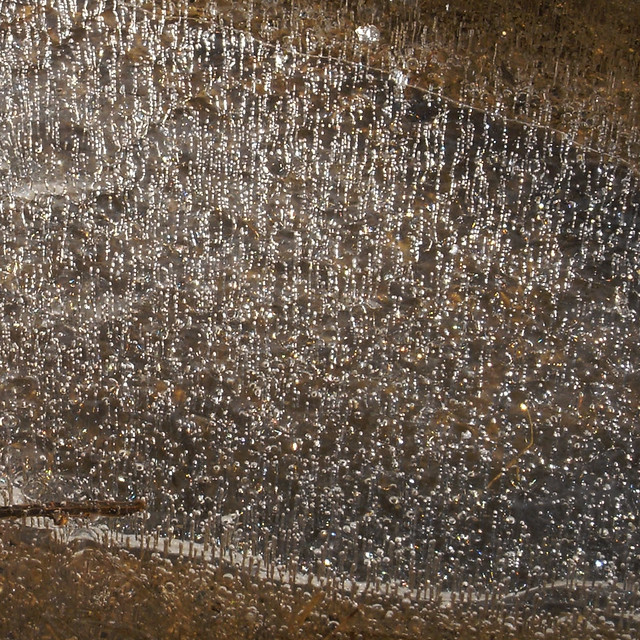 On a visit to Parry Sound we stopped to see the statue of Francis Pegahmagabow at the Stockey Centre for the Performing Arts.  He is one of the “soldier chiefs” who returned from service in WWI to exercise political leadership back in Canada.

These unknown berries were seen on a 2m high shrub/tree at the mail turnaround at Burnside Bridge Road and Hwy 124.

Cow  Parsley umbels are catching and holding some melted snow …

… and finally … some melted snow on a milkweed pod …

Winter is on its way.

We saw our first Cattle Egret at Dave and Irene’s farm on October 29th.  It seems that it was moving South as it was seen at Rich and Judy’s place in B.I. later in the day.

Audubon says that these birds were unknown to North Americans prior to 1952, indication a remarkable expansion of their range.

The next day we had typical fall stormy weather giving us presentations of billowing clouds dappling the light on our landscapes:

You might have noticed a pause in my posting to this blog.   My cellular phone modem failed and  it took a while to get it replaced properly.

On a completely different note you might find this short video illuminating:

The ending is ironically hilarious!