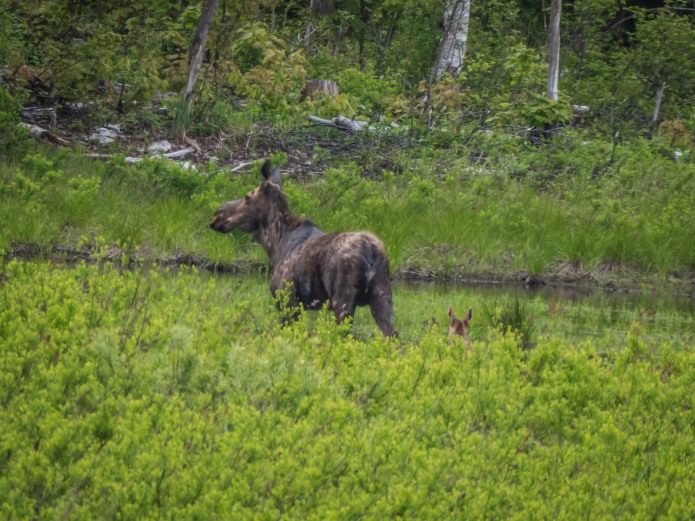 We took some detours on our way to and from Parry Sound on the last day of May and saw some nice sights ….

Including this field of maturing Trillium grandiflorum along the bank of Harris Creek along Hwy 529. 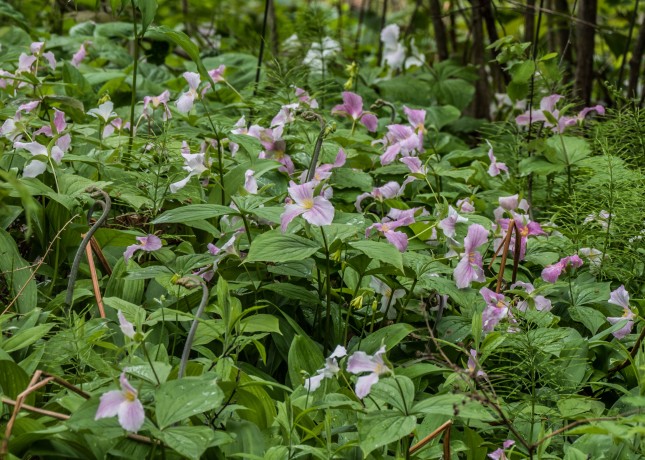 When this marsh plant shows it little purple flowers we’ll be able to positively ID it as Potentilla palustris. 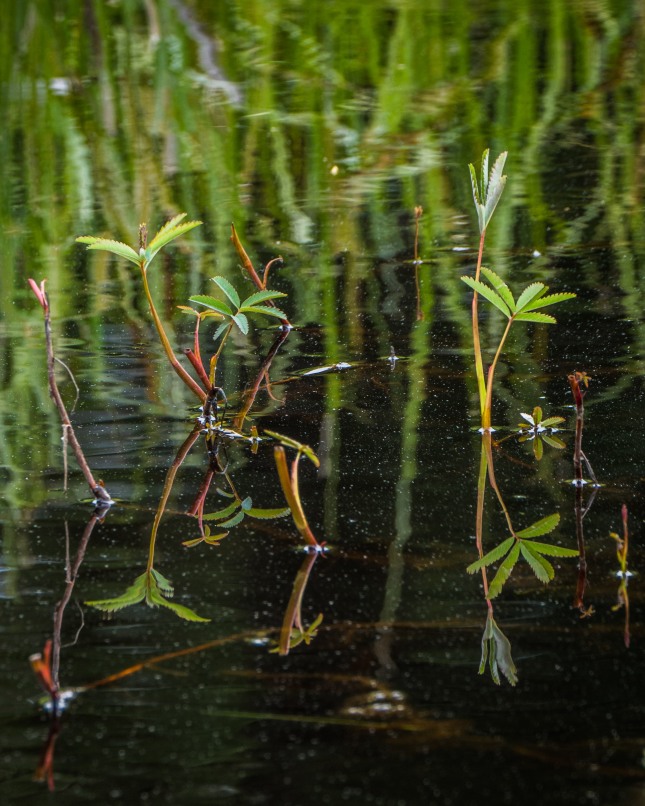 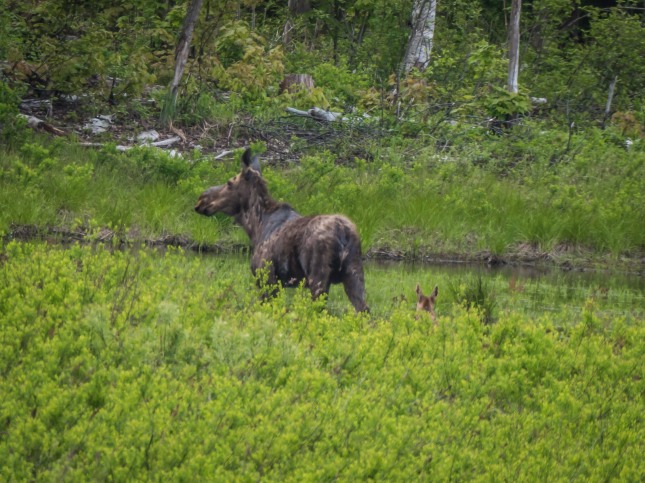 Cottongrass, probably this one: 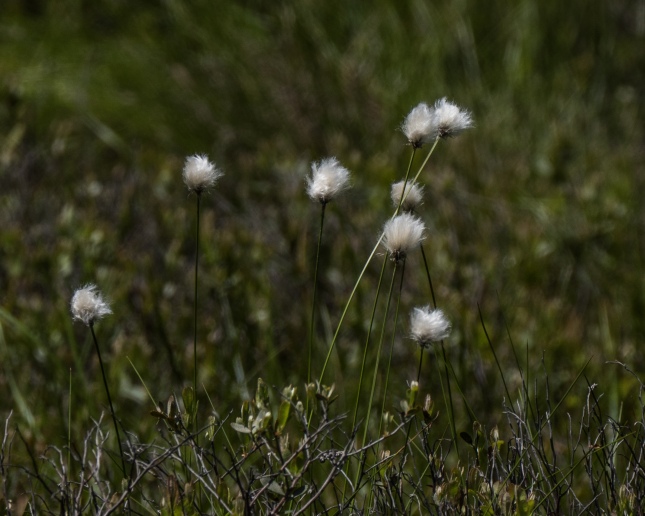 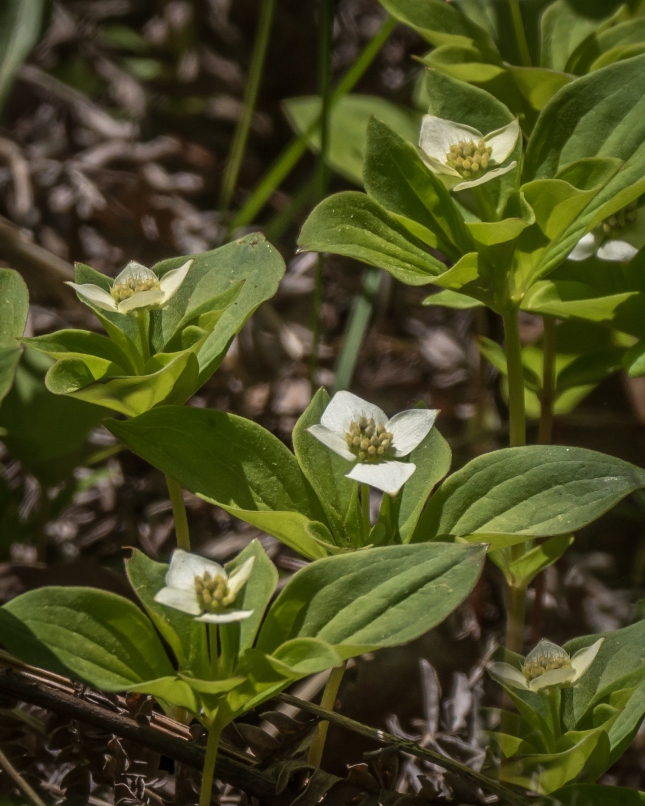 Labrador Tea …  easy to identify by the rust-coloured  wooly underside of its mature leaves. 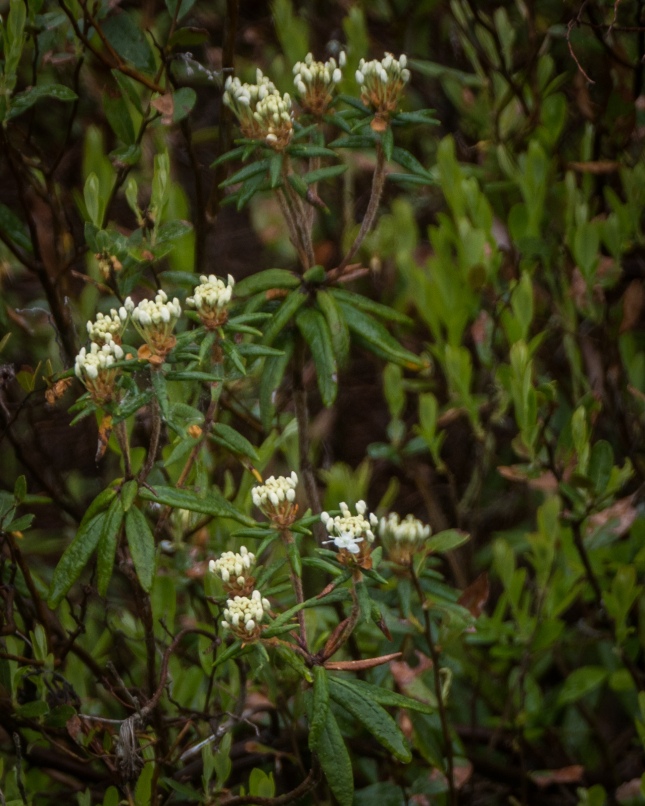 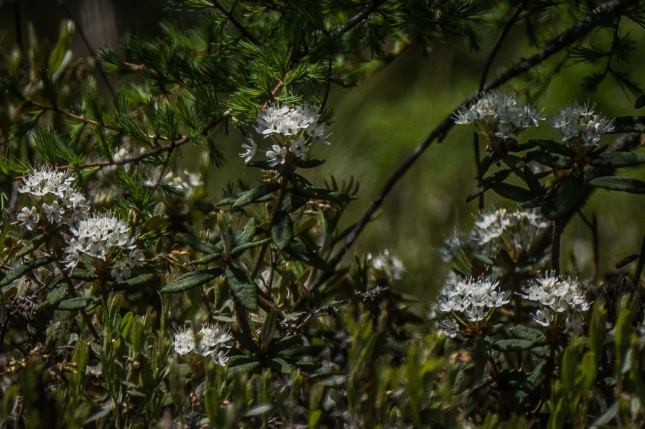 Either a solitary bee or a fly … 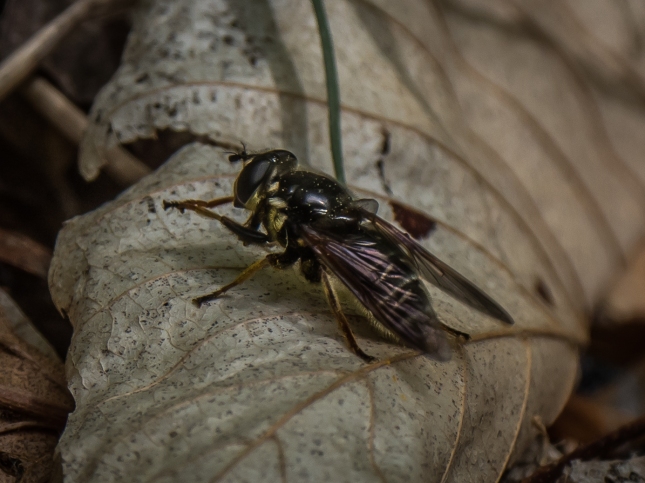 Thankfully the Dragonflies have arrived.   Outdoors folks are thankful because of the huge numbers of mosquitoes and black flies they consume. 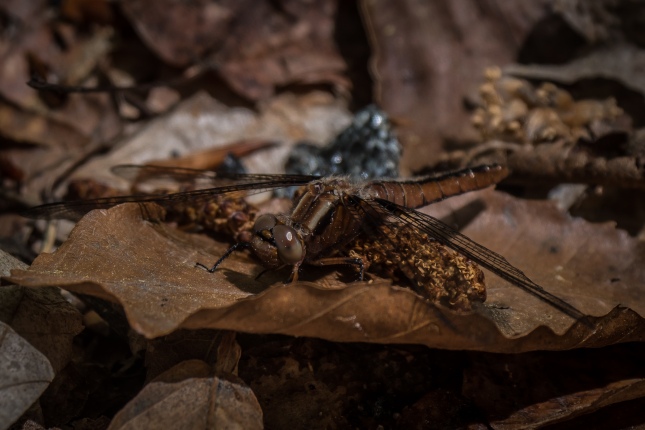 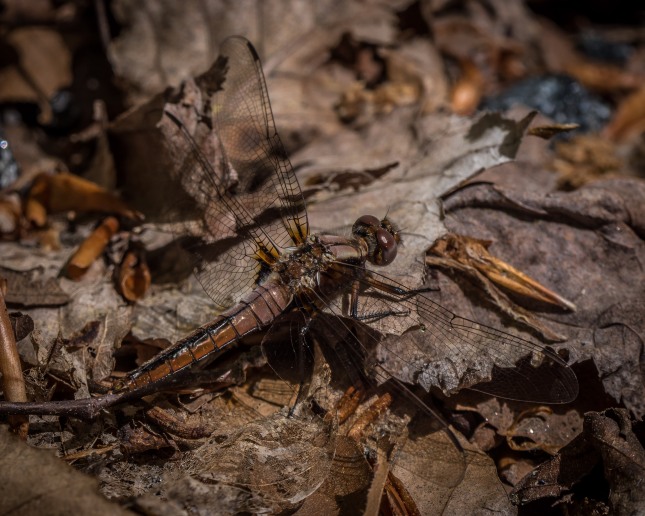 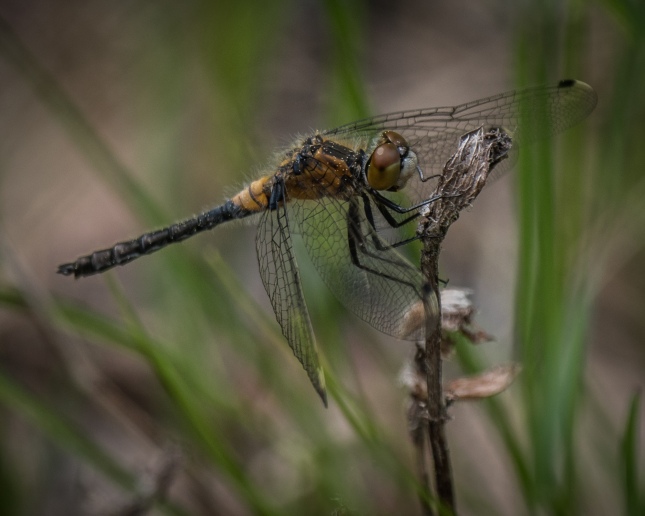 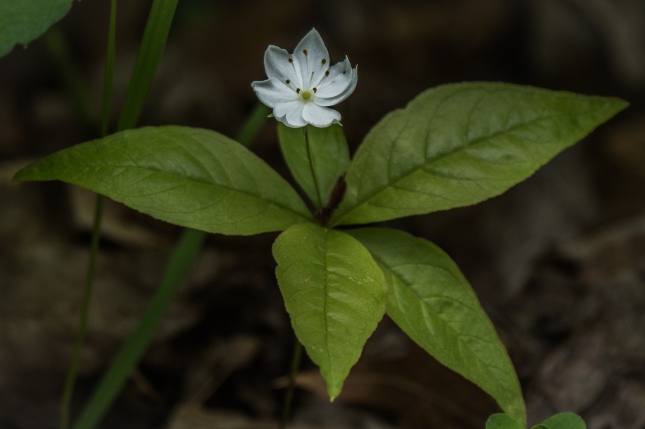 Keeping a beady eye out for the photographer taking a close up.  Click on the photo to see it really close up….. 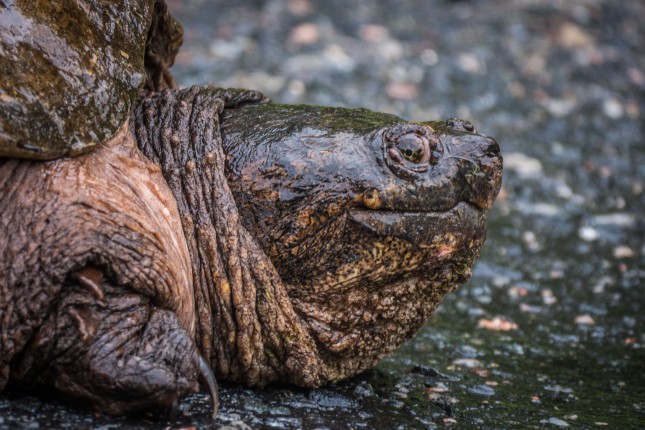 This article tells how to pick up a Snapping turtle, if you really need to.  I’ll let someone else do it if required. 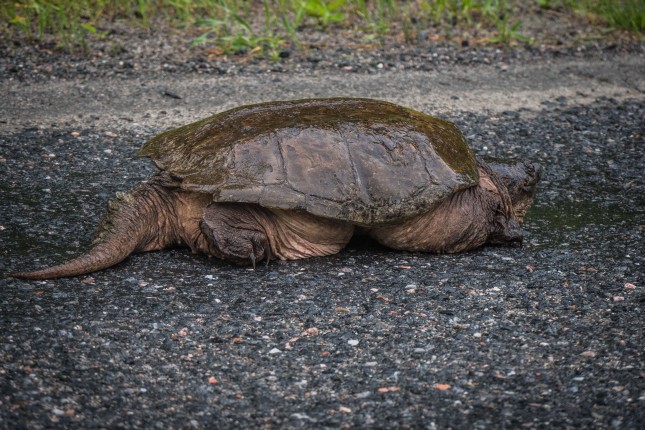 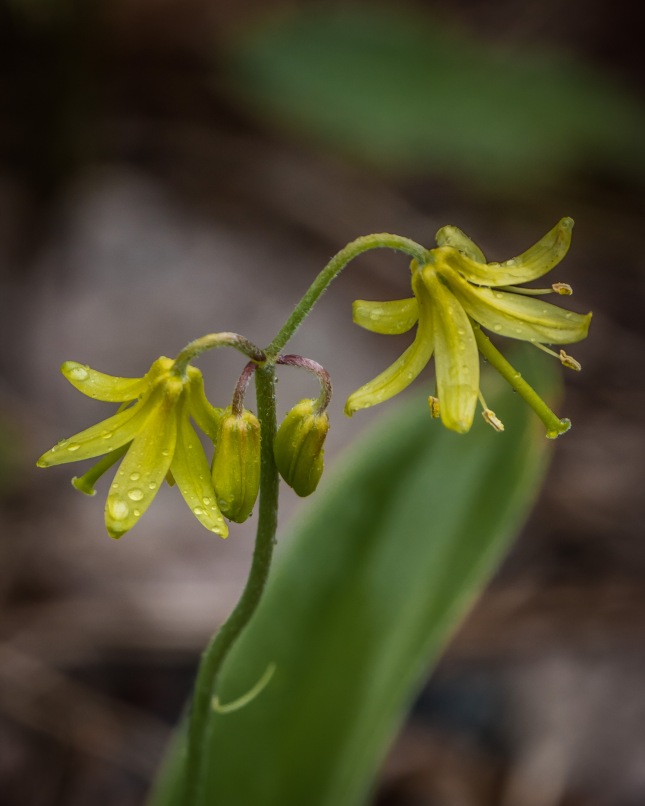 Kalmia angustifolia contains a poison and is known as ‘lamb-kill’, ‘sheep kill’, ‘calf-kill’, ‘pig laurel’, ‘sheep-laurel’ and ‘sheep-poison’.  It is also known as narrow-leaved laurel and dwarf laurel.   It has a pretty flower and is often in association with leatherleaf, labrador tea, cottongrass, bog rosemary and a variety of sedges … often in tamarack bogs. 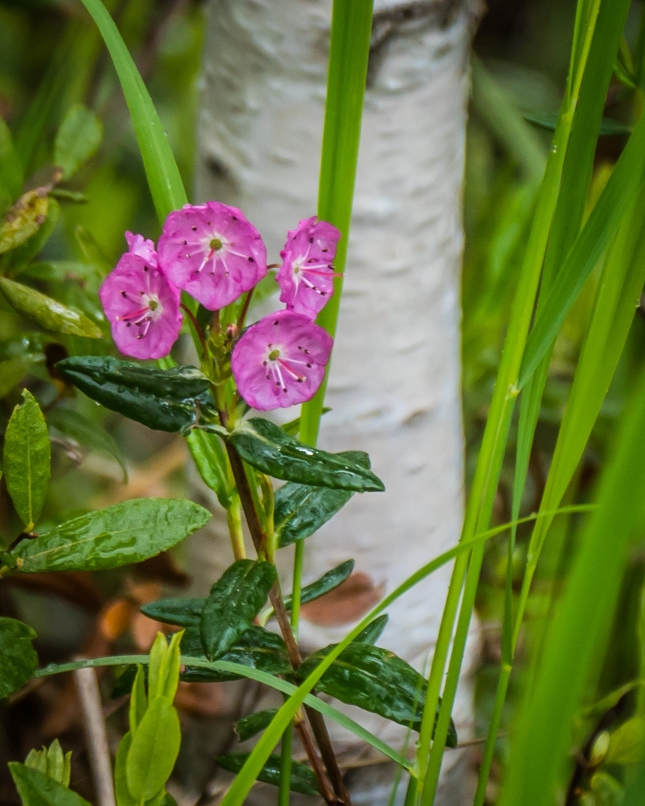 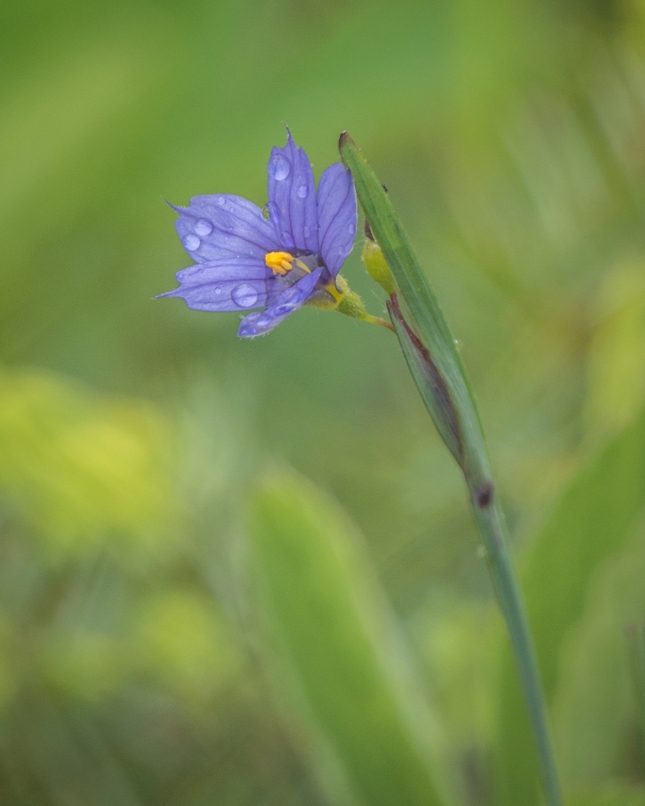 Female cone along with several male pollen “cones” along a Tamarack twig . 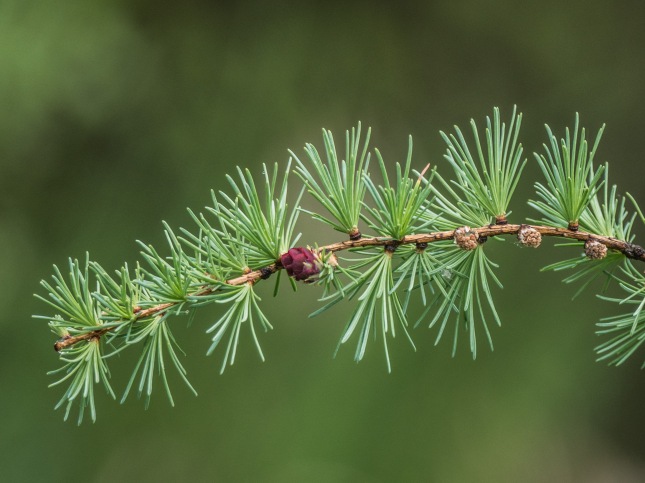 I just looked at Mark Berkery’s latest post Black and White – I fly.    Very interesting subject from a very interesting man who happens to also be a great photographer.