Caution:   The first part of this post is “Prattle”.

On Thursday, Oct 6th, we went to Bass Lake Roadhouse near Foot’s Bay on Hwy 169 for lunch with a retired General of the RCAF.  A boffin weapons/airborne interception/navigator, he was in the back seat of CF-100 #18375 at 2 (Fighter) Wing Grostenquin France on a fateful June day in 1962.  I, a newbie pilot, was in the front seat following his advice on my first trip towards Combat Readiness on 423 AW(F) Squadron.

The CF-100 Mk IV B Canuck was a Canadian designed and made high altitude interceptor fulfilling a role within NATO in the Defence of Western Europe against Soviet and Warsaw Pact forces.

18375 had just come off of an overhaul requiring some work on the flight control systems.

While overshooting from an approach on the wing*  of the backseater’s usual pilot the newbie pilot “noted an (mechanical) obstruction in the travel of the control column restricting full use of the elevator to give normal pitch control”.   So he declared an emergency, which gave him full access to the airdrome.   The advice from the squadron duty officer was to eject south of the airdrome.

*on the wing = in close formation, a standard way of recovering airplanes quickly.

The newbie pilot and the experienced backseater had some discussions about the ejection option and, after some brief attempts to break the obstruction loose, decided to land the kite at high speed, flapless, part way down the runway, engage the barrier and walk away to a nice lunch at the Officer’s Mess.  Ejection makes for lots of paperwork and would probably lead to a very sore back and other afflictions.   There was also some risk to folks on the ground and the total loss of the kite.

Everything was coming along nicely until the backseater said, “Beautiful, we’ve got it made.”  Immediately the aircraft pitched down while the newbie pilot struggled to pull the stick back, past the  obstruction.  His decision was to shut everything off to minimize the chance of fire,  declutch the canopy and enjoy the ride.

The impact took the main gear off and broke the main wing spars and fuselage, writing the airplane off.   The nosewheel did not break backwards, which was a good thing as such events had a bad habit of hitting the bottom of the pilot’s ejection seat, causing an unwanted, and usually fatal, ejection.

The newbie pilot was not very popular for a few days, until the Accident Inquiry found a handful of loose crap in the elevator control system.  A screw had jammed the mechanism and broke loose during the impact.   A investigator named Gunnar persisted, found the screw, found the bruises and markings, put it in the jammed positions and invited me to position the stick where I thought the obstruction was.  It all jibed.

Here is a picture of the screw.

And here are a couple of pix of what used to be a fine kite:

That’s our story and we’re sticking with it.

On the way back we took a few pix, including these: 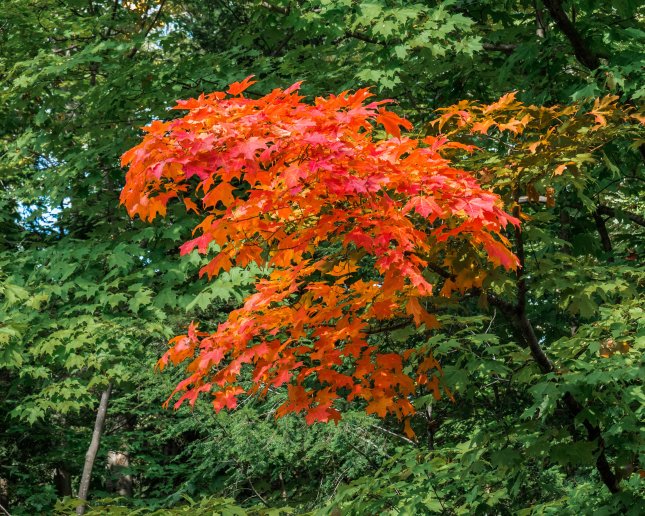 We also saw these bees busily foraging and pollinating: