A leisurely drive along Hwy 529, the Old Highway between Byng Inlet and Pointe au Baril, yielded some interesting images ….

Within a day after turtles lay their eggs, predators (usually foxes) come by and have a feast…. 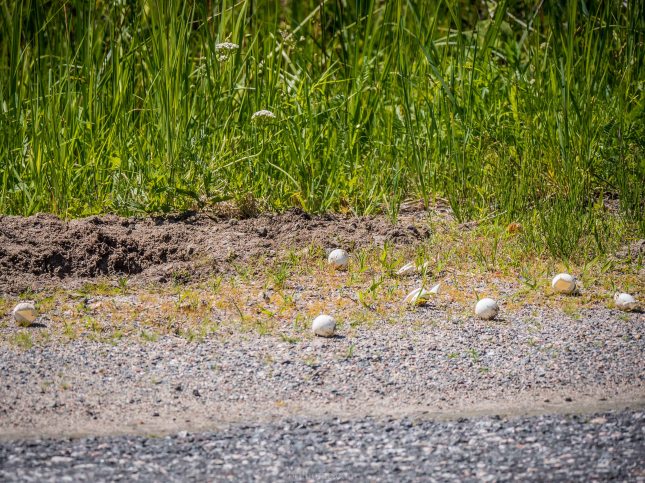 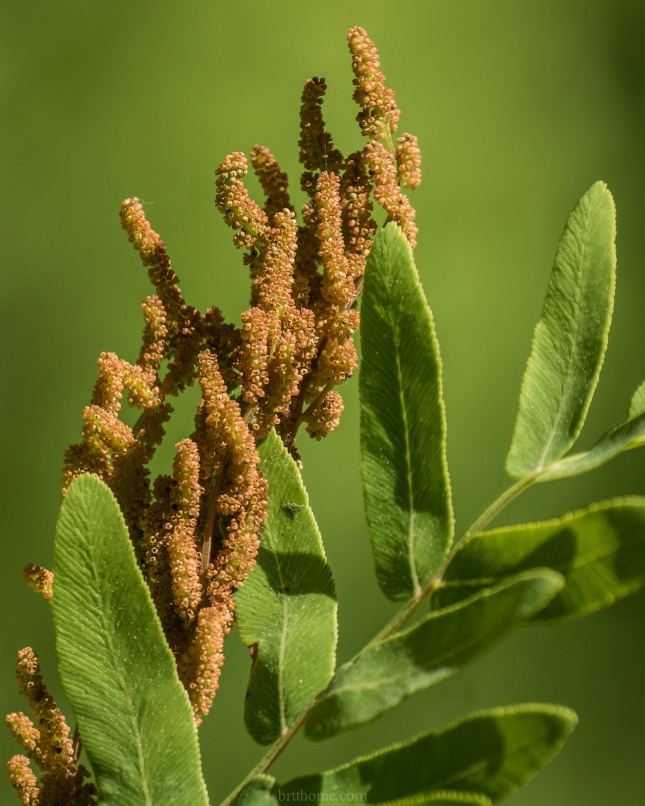 A variety of Syrphid flies are busy nectaring and pollinating oxe-eye daisies…. 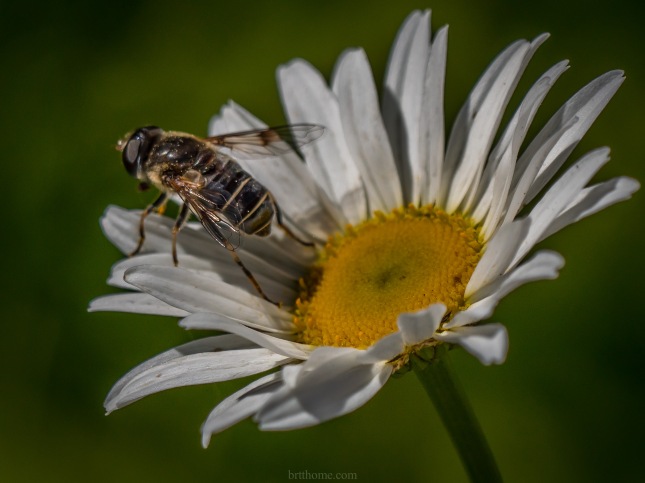 So are the Skipper butterflies…

including this Indian Skipper … 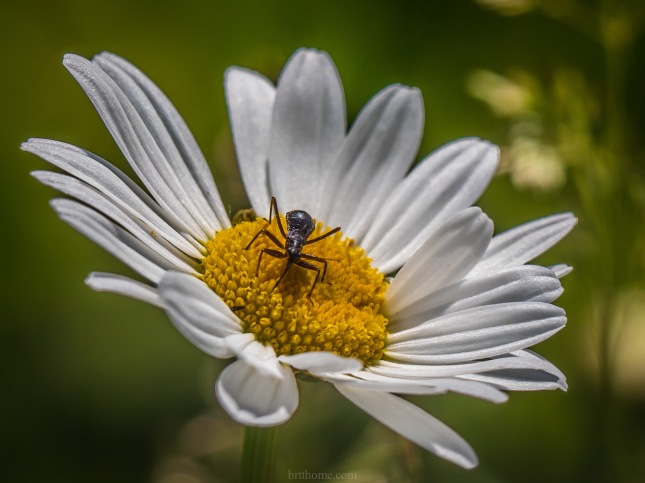 and these male (smaller) and female (larger) thread-waisted wasps using the button of the ox-eye daisy to mate.  They might be Ammophilia nigricans….

This ( Silver-Bordered ?) Fritillary is resting on a leaf, after bobbing about through the grass … 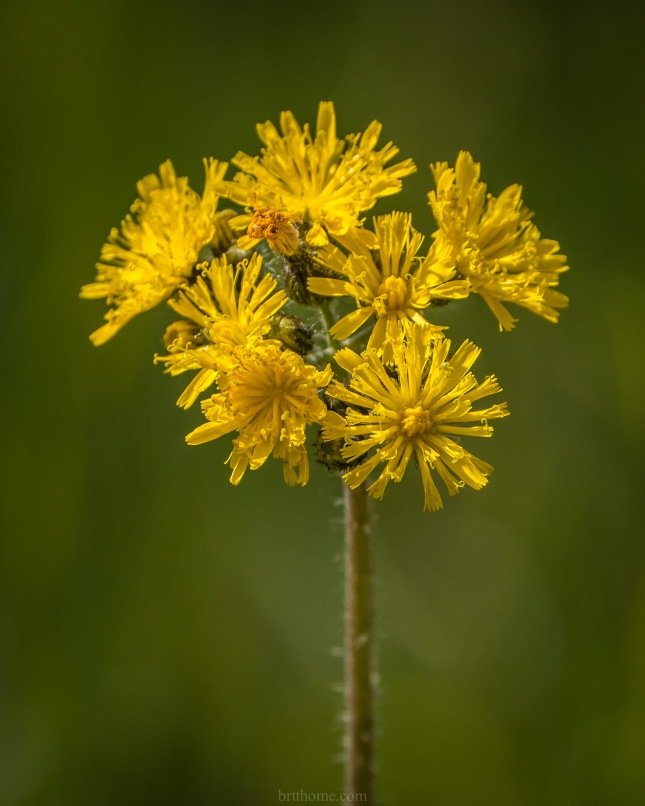 Like other species of Sarracenia, S. purpurea obtains most of its nutrients through prey capture.[4] However, prey acquisition is said to be inefficient, with less than 1% of the visiting prey captured within the pitcher.[5] Even so, anecdotal evidence by growers often shows that pitchers quickly fill up with prey during the warm summer months. Prey fall into the pitcher and drown in the rainwater that collects in the base of each leaf.

Sarracenia do not self-pollinate and therefore require hand pollination or access to natural pollinators such as bees. Sarracenia pollen remains potent for several weeks when refrigerated, and so is stored by cultivators and used to pollinate later-flowering species. Given that all Sarracenia hybrids are fertile and will hybridize further, this characteristic allows cultivators to produce a limitless number of variants through hybridization.

An escaped garden variety Lupin along the roadside…

I made this picture because I found the fractal nature of this exposed rock to be interesting.   Then I saw the visitor and decided to add it to this posting.

Lichen patterns of growth, another example of fractals in nature…..

You might have noticed that I’ve stopped posting pictures of Odonates:  Damselflies and Dragonflies — in spite of the fact that we have a bumper crop of them this year.  I am trying to identify them so that you won’t experience the confusion I felt when seeing so many swarming over our ditches, ponds and streams —- munching away on black flies and mosquitoes!

In addition to studying the excellent Field Guide to The Dragonflies and Damselflies of Algonquin Provincial Park and the Surrounding Area I have been using the following websites:

Images for “Dragonflies of Ontario”.

I’ll add to this list as the study progresses.

Dragonflies and pollinators are large areas.  Lots to learn!   Watch for itty-bitty learnings  in next installments as the summer progresses.