Dragonflies and Damselflies are members of Odonata “an order of carnivorous insects, encompassing the dragonflies (Anisoptera) and the damselflies (Zygoptera). The Odonata form a clade, which has existed since the Triassic.

Dragonflies are generally larger, and perch with their wings held out to the sides; damselflies have slender bodies, and hold their wings over the body at rest.”

This year we saw an unusually large number of Dragonflies active along our roadside ditches, especially where there was water —- since almost all “Odonates” or “Odes” deposit their eggs in water.

I have been using The Dragonflies and Damselflies of Algonquin Provincial Park and the Surrounding Area to identify at least some of the 135 species seen around this area.

Dragonflies of the North Woods identifies 102 species of Dragonflies and I keep it in the car with me.

But I am just starting to learn my Odes.   Here are some examples in the same sequence as they were photographed from the third week of June this year.

Here is a Chalk-fronted Corporal, a SKIMMER, perched horizontally on a twig:

“Chalk-fronted corporals often perch horizontally on the ground or on floating objects in the water, flying up to take prey from the air. They are gregarious for dragonflies, and are commonly seen perching in groups. They readily approach humans to feed on the mosquitoes and biting flies that humans attract.” 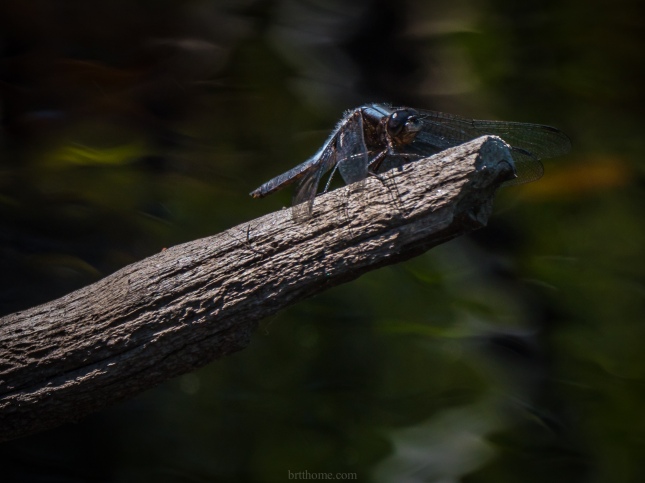 A Four-spotted Skimmer (Chaser in the UK) perched on a stick.  Difficult to ID from this photograph but the abdomen, wing spots and colour match the ID criteria.

This is a good example of a Four-spotted Skimmer: 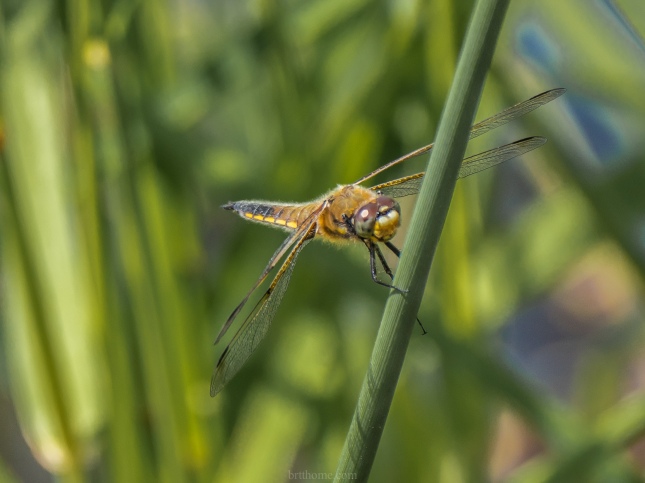 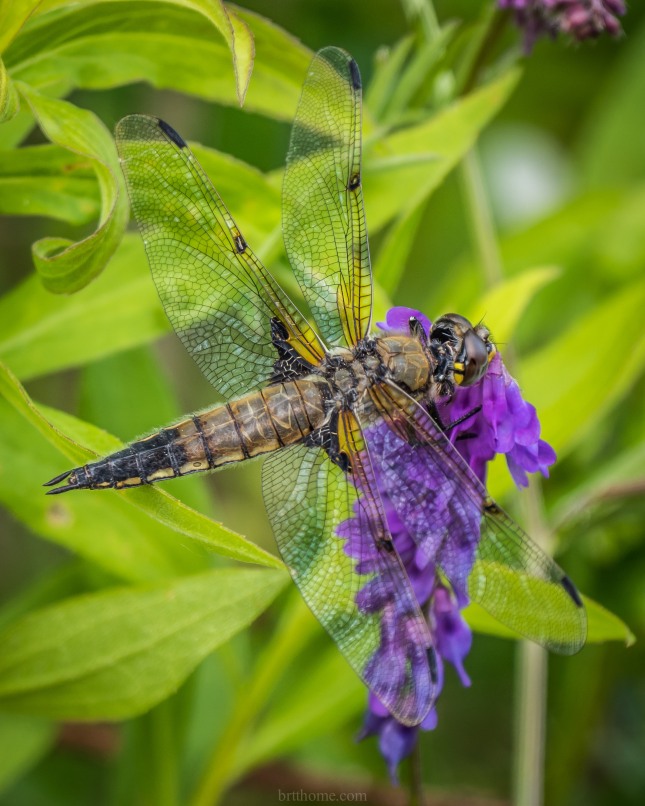 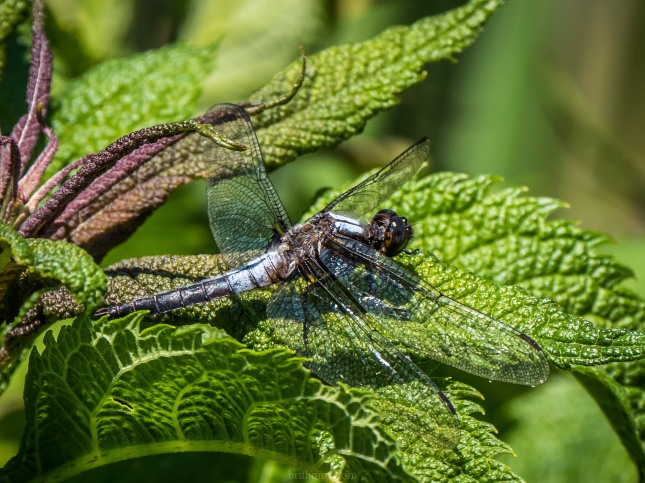 This is one of the Bluets: 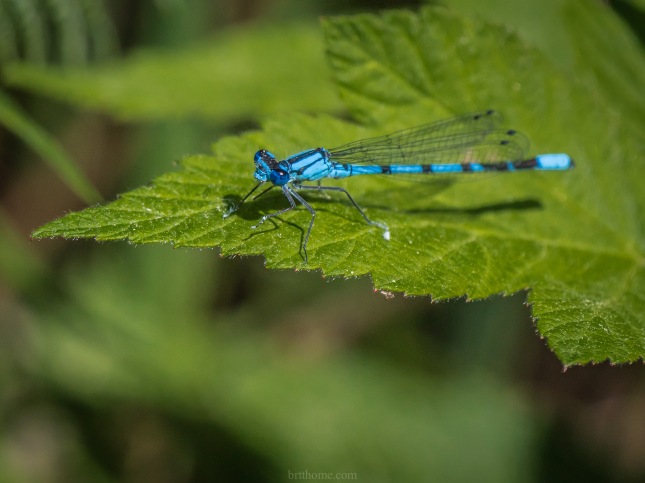 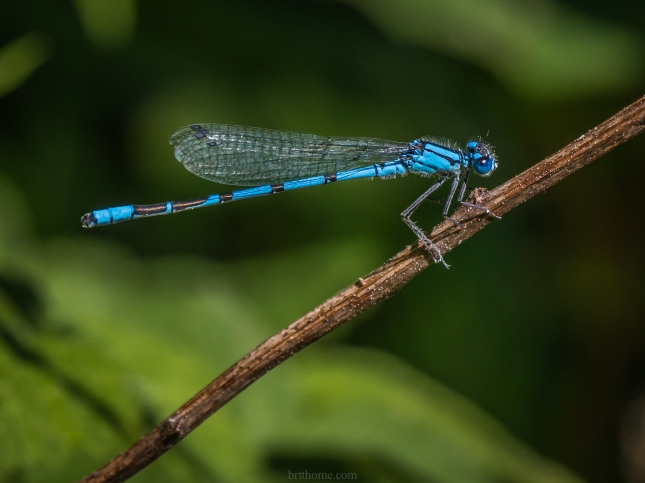 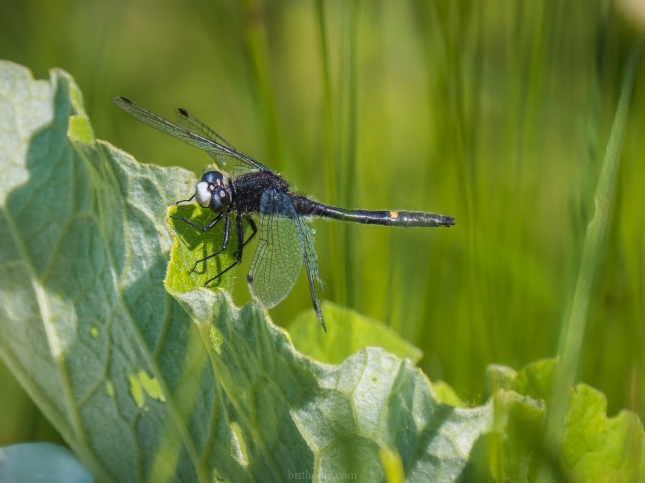 The eyes set widely apart identifies this as a Clubtail.  Which one?   I think that it is a Dusky Clubtail. 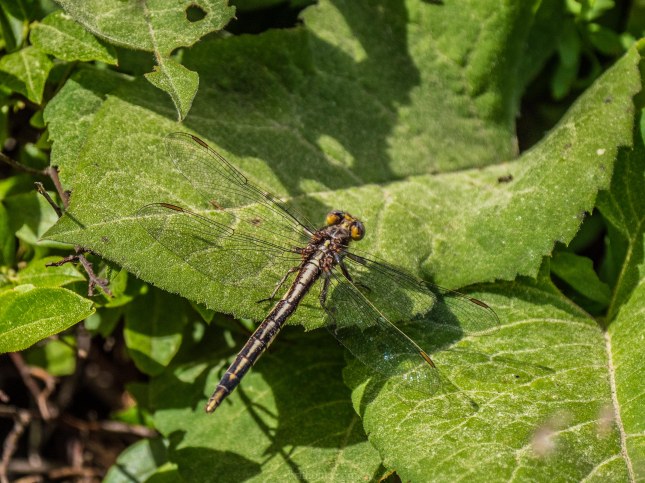 A start:  Chalk-fronted Corporals, Four-spotter Skimmers, Dot-tailed Whiteface, Bluets  and Dusky Clubtails ——– a good start!!!   You’ll notice that you can explore  several links above.  I don’t yet have a good strategy for ID’ing Odes and am reading about them to recognize behaviour as an aid to identification.

In the meantime the Lepidoptera are flitting around.