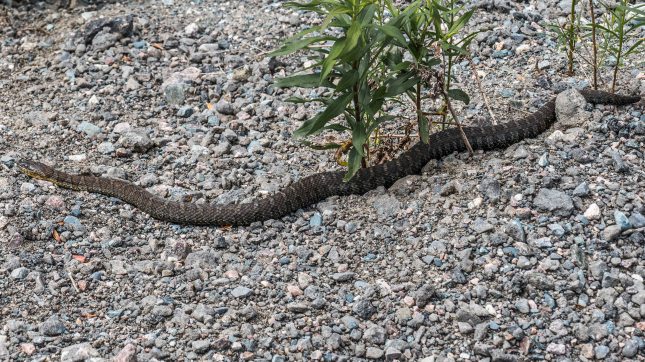 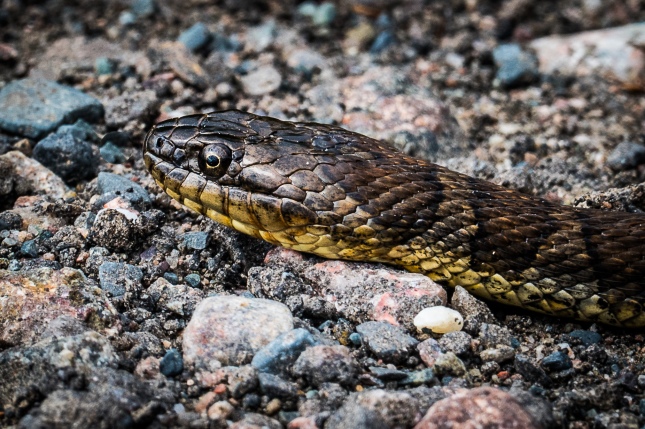 The Mallows on Riverside Drive are starting to bloom 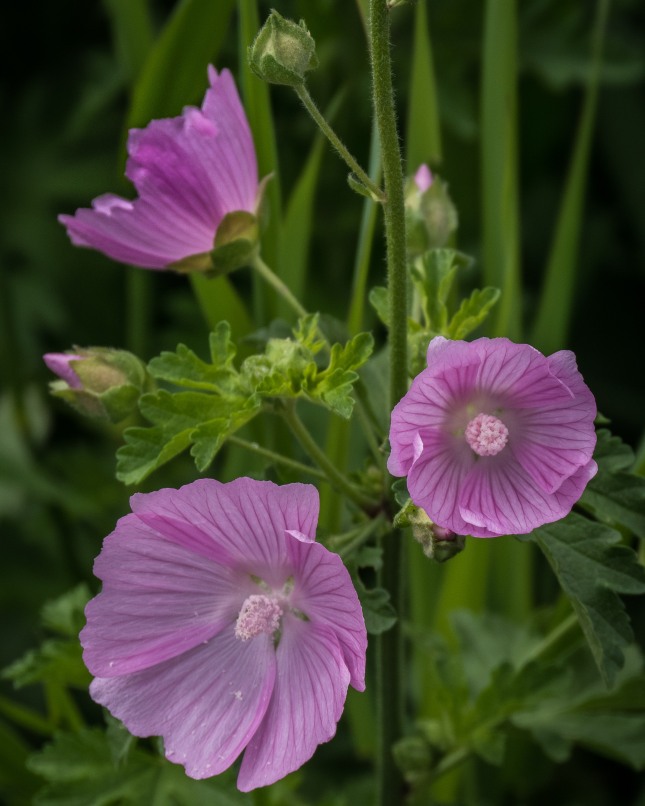 Viper’s Bugloss is blooming on the shoulders of all of the roads in the area. 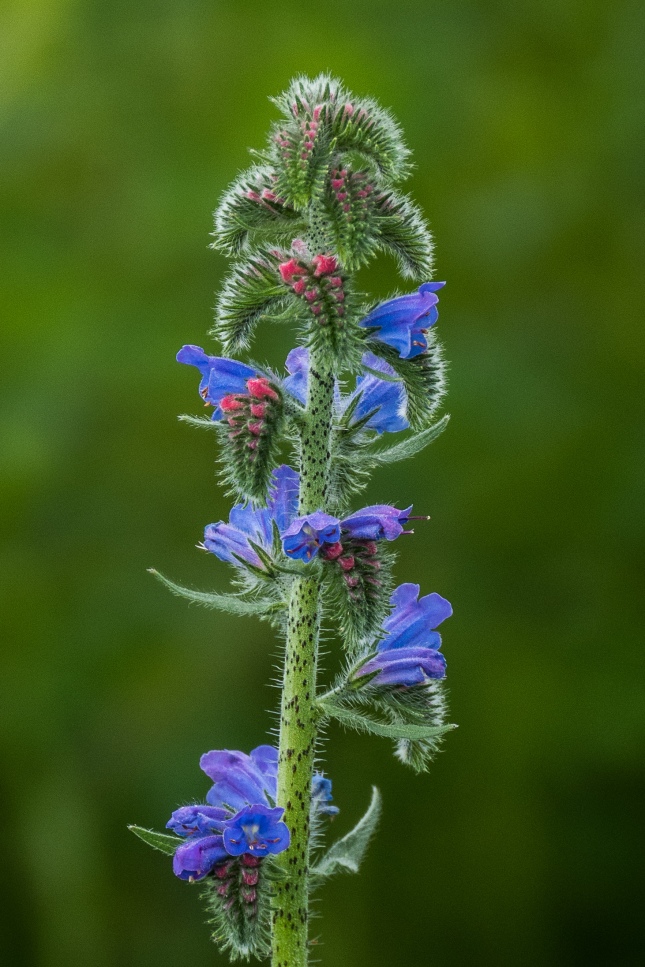 Heal All is poking through the grass on many lawns. 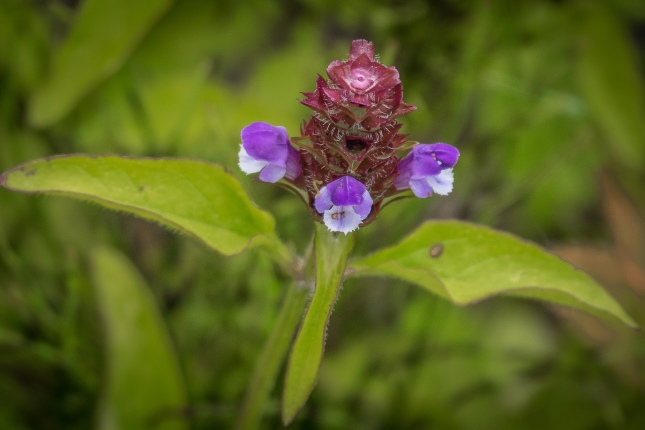 Another “weed”, a pretty type of field bindweed  is blooming near the end of Riverside Dr.  This blossom is a couple of days old, hence the pink colour. 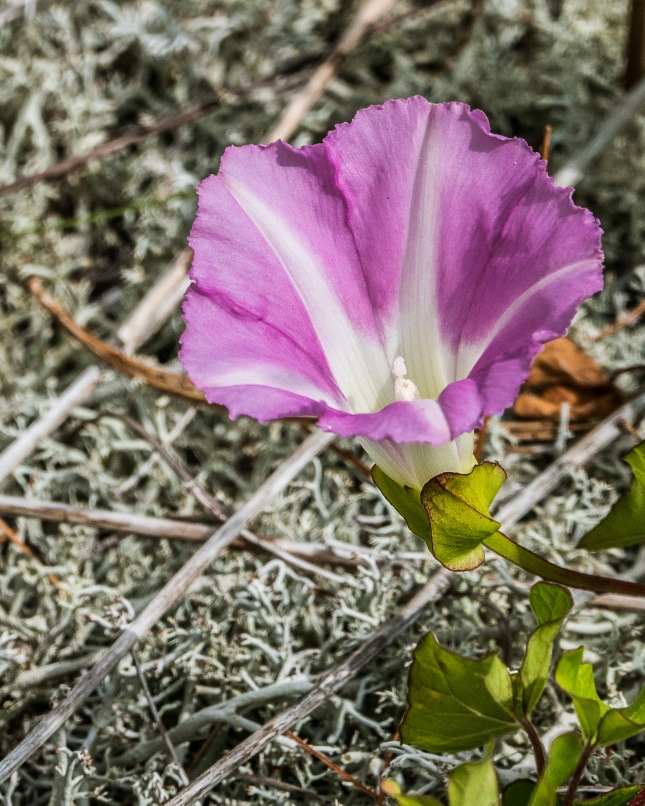 I saw one patch of these blue flowers.  I’ve not seen them around here before.  Cultivar?  Baby Blue Eyes? 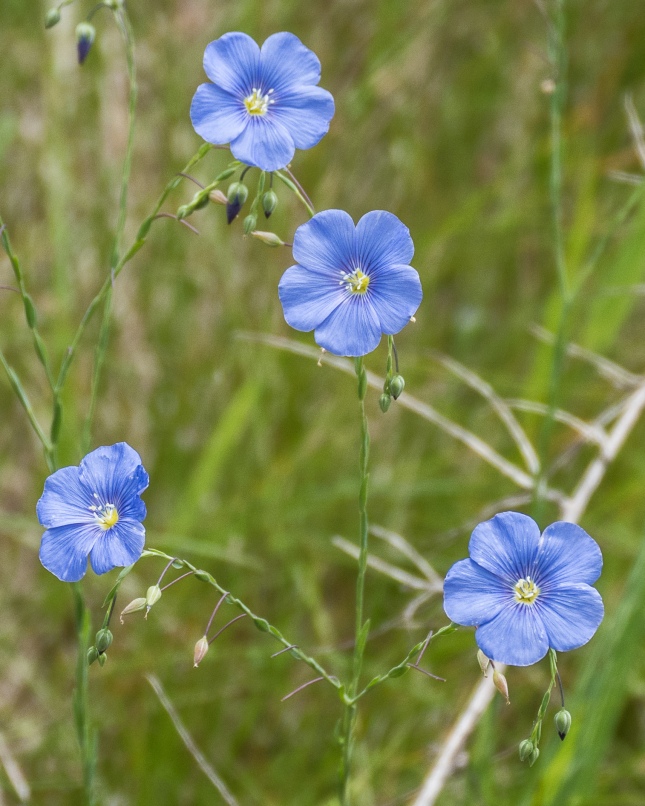 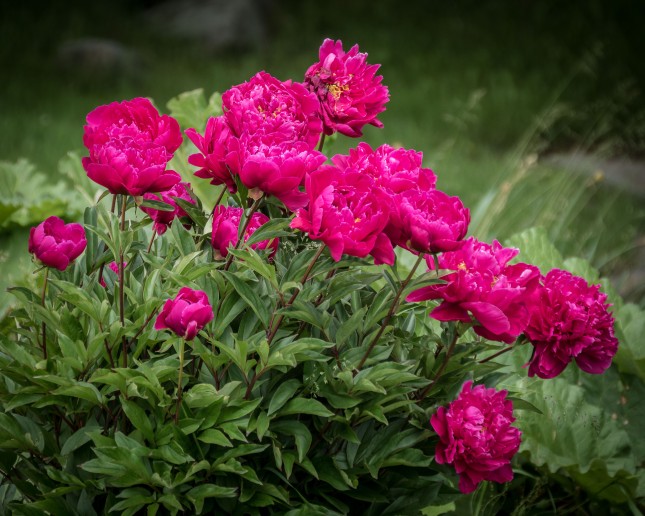 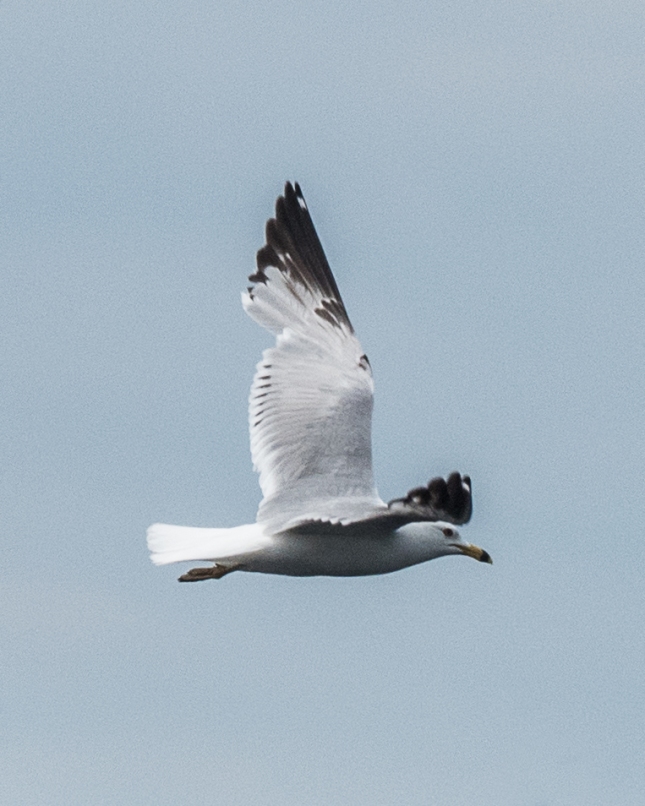 Prey hiding in the grass: 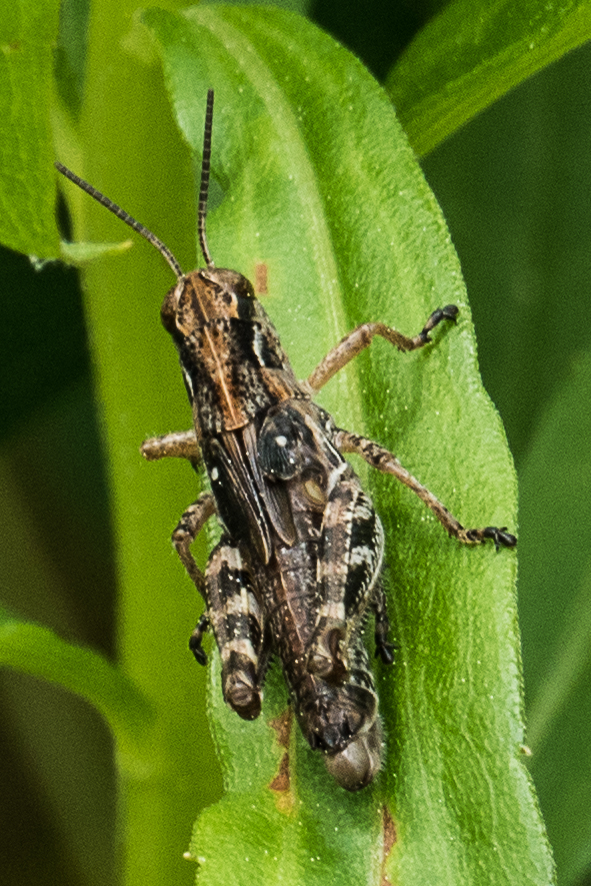 This fellow has spots on the inside of its eye bumps.  Confusion factor, similar to the false (painted) cockpits on the underside of Canadian CF-18s? 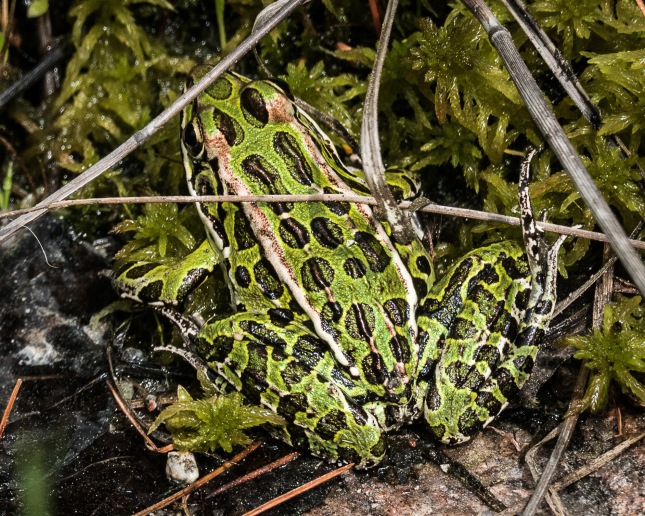 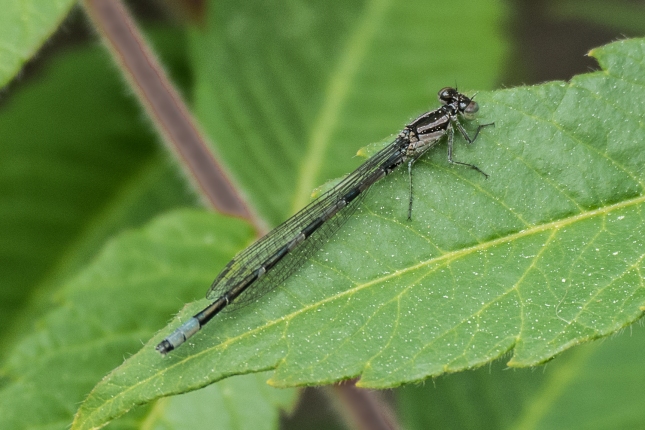 I am starting to suspect that these dragonflies only rest to chew their food. 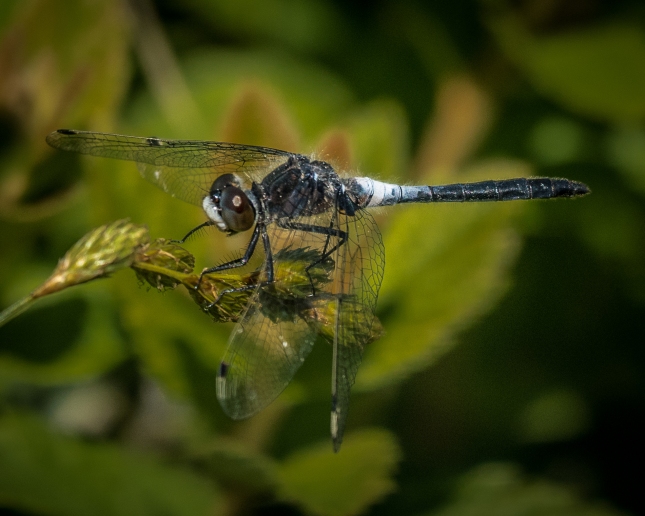 This birdie is surveying the photographer from the safety of the bush … before sneaking off. 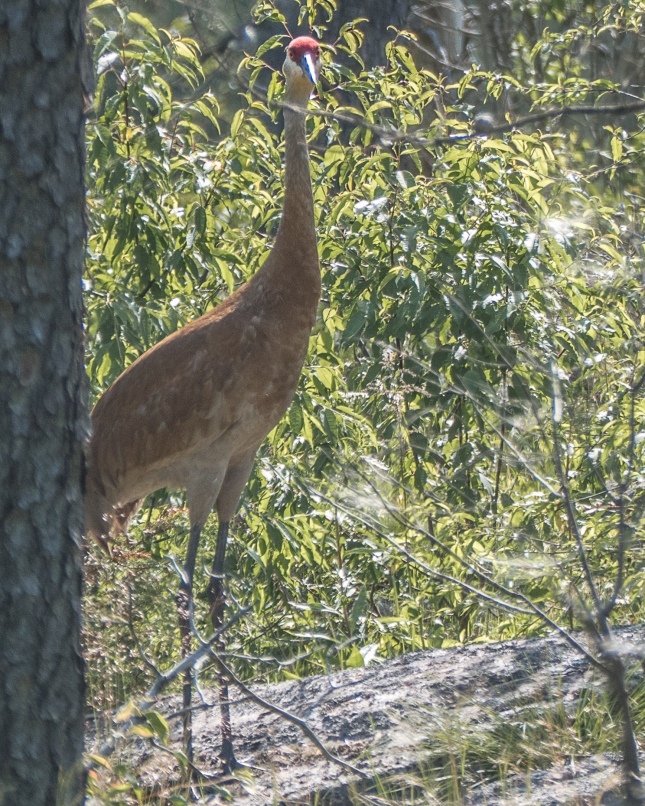 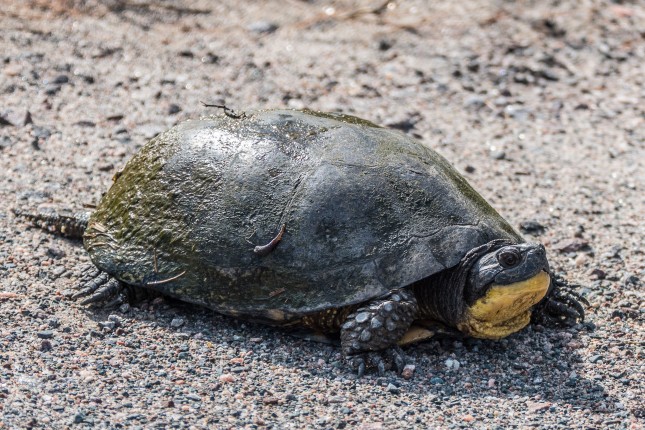 The milkweeds are starting to bloom.  That will generate a lot of activity with bees and other insects.

I came across this lone seed capsule attached to its parachute. 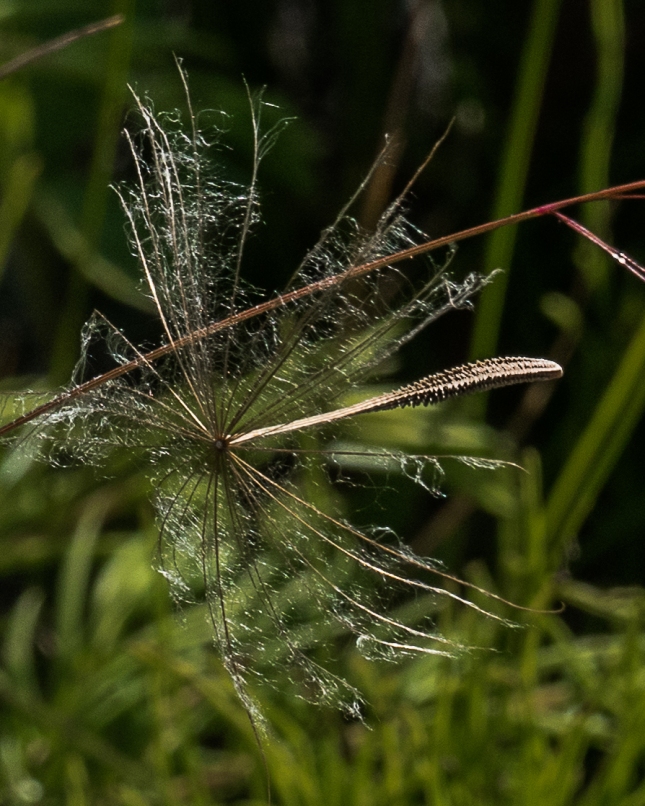 It had come from the fluffy, but intricate, seed ball of the Yellow Goat’s Beard or Yellow Salsify.  The intricate detail can be seen in a close-up by clicking on the image below: 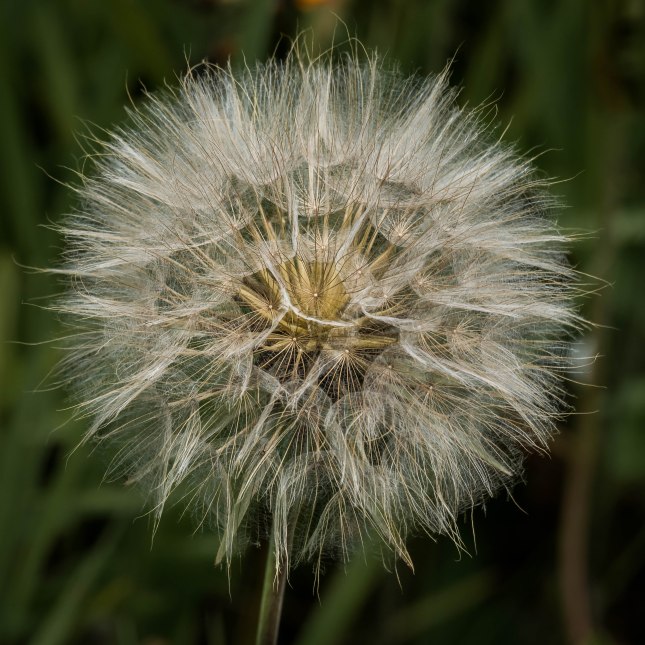 Yellow Goat’s Beard follows the same pattern as the dandelion following pollination of its flower.

Here is the flower: 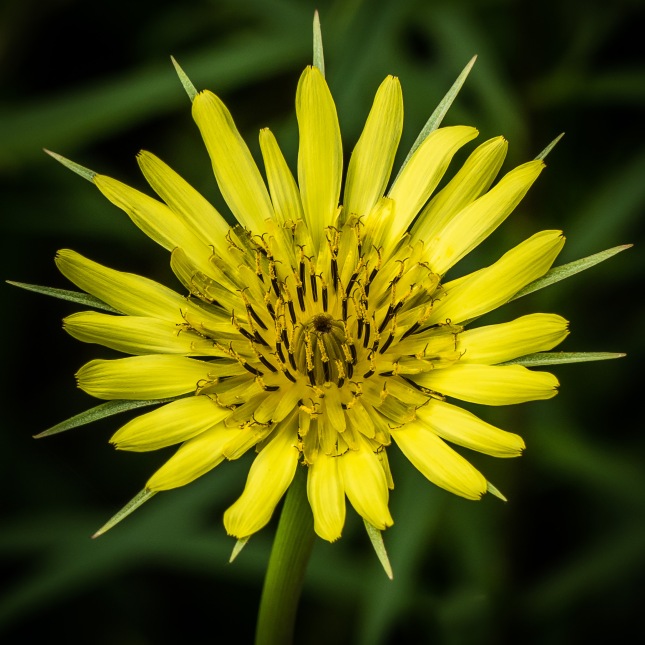 After pollination the flower folds up again, to look like this, while the seeds  (and parachutes) mature: 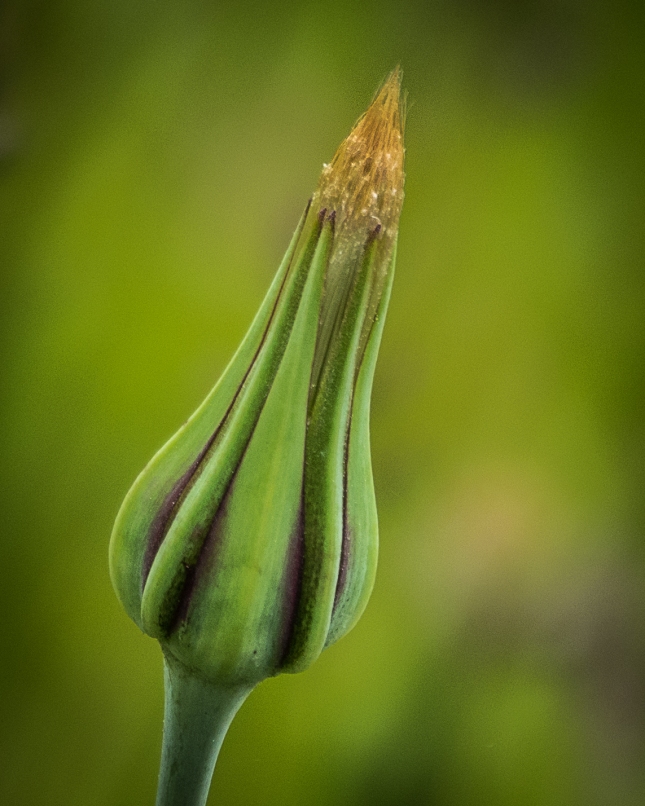 The above reminds me of working with architects, some of whom are inspired by nature such as David Pearson and Eric Corey Freed:

“Using Nature as our basis for design, a building or design must grow, as Nature grows, from the inside out. Most architects design their buildings as a shell and force their way inside. Nature grows from the idea of a seed and reaches out to its surroundings. A building thus, is akin to an organism and mirrors the beauty and complexity of Nature.”[3]

Obviously some early Eastern temple architects were inspired by the above seed head.

Then the head re-opens to construct the ball of parachutes… 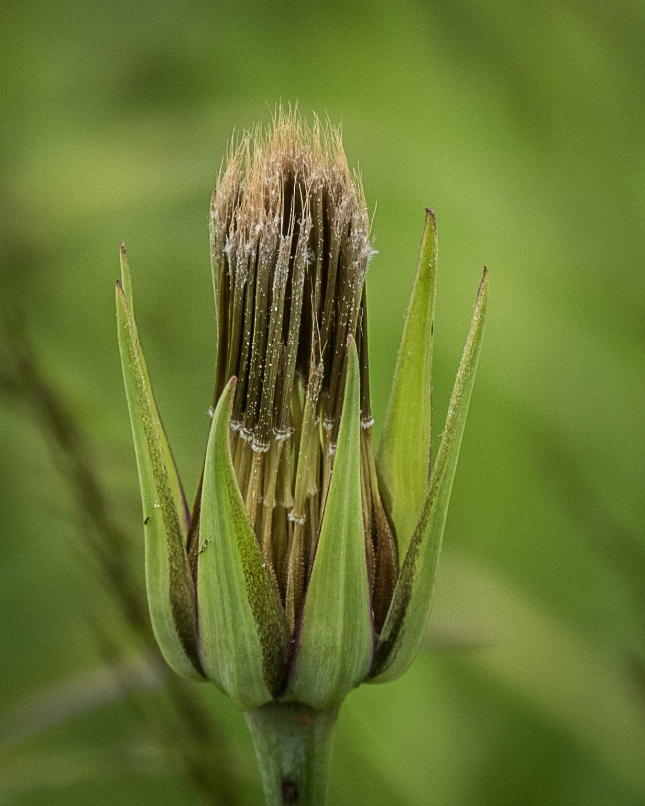 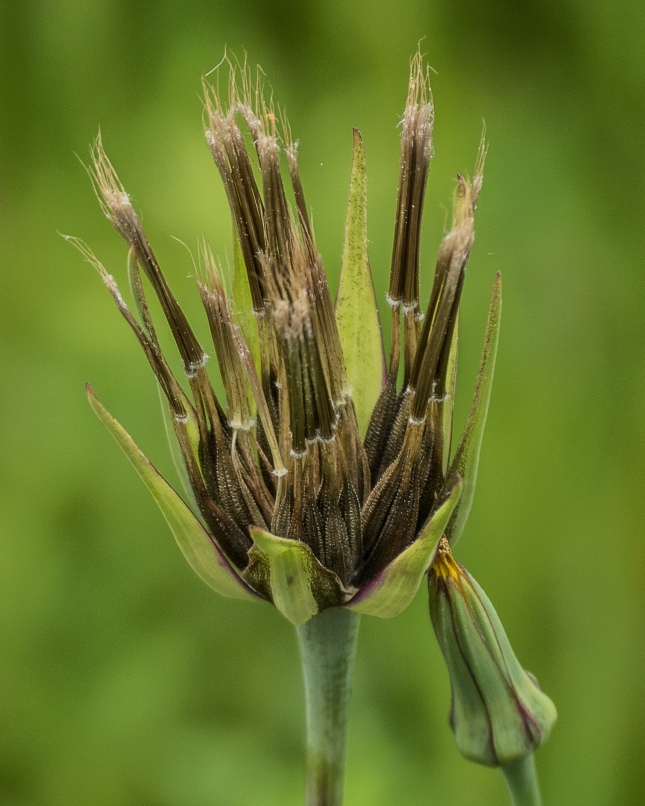 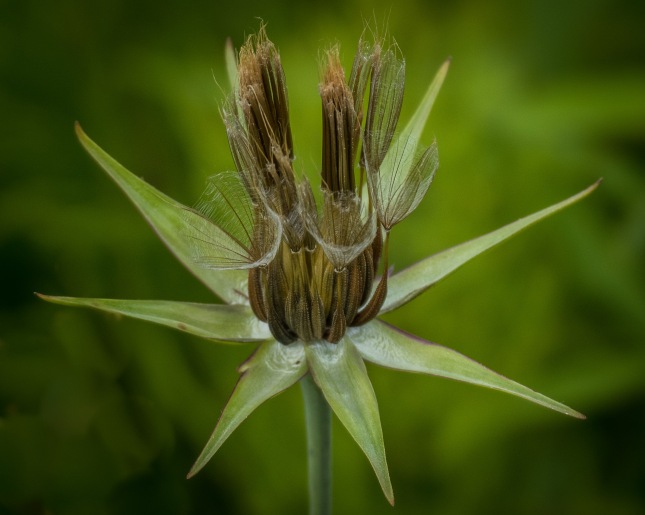 The reopening of the head and formation of the seed ball seems to take a few hours, usually in the early part of the day.

It is kind of magical and worth observing.  The process would make a good subject for a time lapse … another skill yet to be learned.