While waiting for an appointment in Parry Sound we checked out the hydroelectric dam on the Seguin River in midtown of Parry Sound.  The first edition of the dam was built about a century ago by William Beatty Junior, aka The Governor.  It currently provides about 1.2 MWatt of power for the area.  If you have hi-speed with lots of bandwidth more detailed information is available at:

Some views of the spillways, dam and tailrace during spring freshet:

I am not sure what that is in the middle of the photo.  It could be a hole in the dam.   (Where is the little Dutch boy when we need him?) 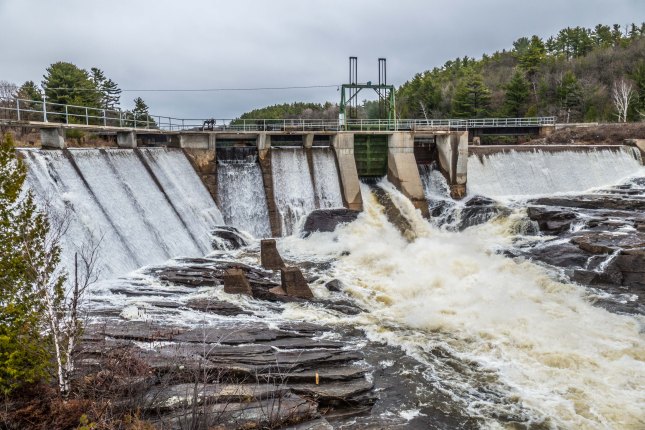 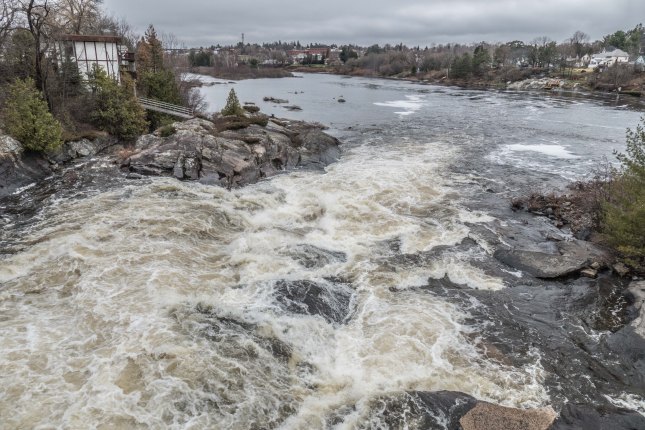 Abandoned penstock for a decommissioned turbine in the turbine house:

On the way back from Parry Sound we went to Harris Lake Marina in search of some Trailing Arbutus in flower.  No luck, perhaps in a week or so.

But we did see this fellow:

A few minutes later, after I was distracted looking at bubble formation in a nearby stream, the Eastern Garter Snake had transformed itself: 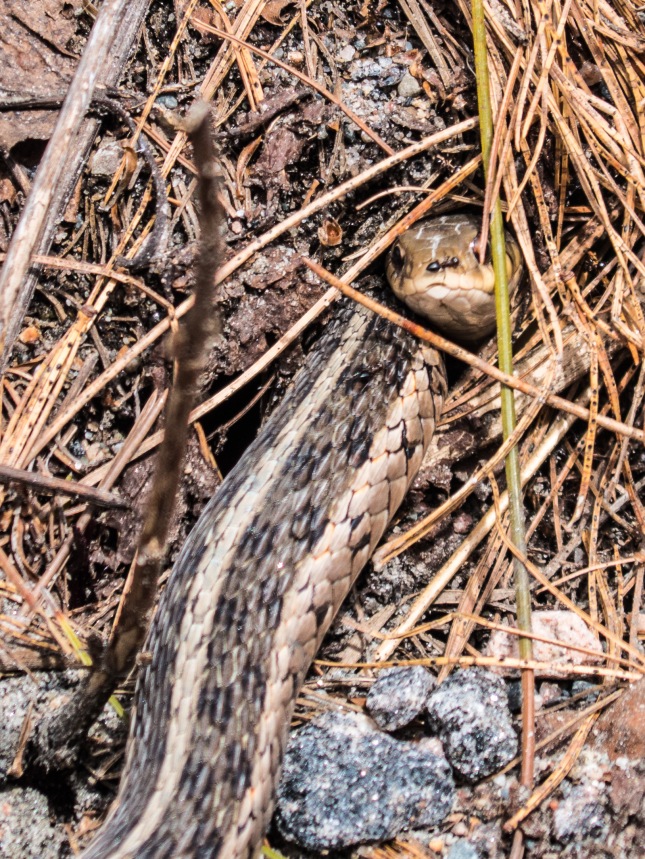 Obviously it is not bothered by ants!

When I researched the kind of (Eastern) Garter Snake I came across this wonderful site.  Amazing that Ontario Nature would provide an atlas for the colourblind!

On the way to the marina, a log dump sported these bright flowers:

… but definitely a tash plant, ass’s foot, bull’s foot, coughwort (Old English), farfara, foal’s foot, foalswort and horse foot…. or a coltsfoot, named for the shape of the leaves —- which appear when seed is setting.

Keep a close eye on the tamarack branches over the next week or so.  I suspect that we’ll see some nice little “flowers” soon.  And the Early Saxifrage will move very quickly since they are usually on sun-exposed rock faces.  And the migrating birds, of course.  And maybe a confused spring bear.