Today I saw my first Brown Creeper, apparently a local resident.  It was very difficult to spot and photograph as it spiraled up a spruce trunk, stopping momentarily to prop with its tail as it probed the bark for food.  The trick was to keep focusing on the trunk’s bark so that the AutoFocus didn’t have to move the lens very far.  I shot one 3 exposure bracket in burst to get this one reasonable, heavily cropped image, before the beastie quickly “flew the coop” to disappear into the forest: 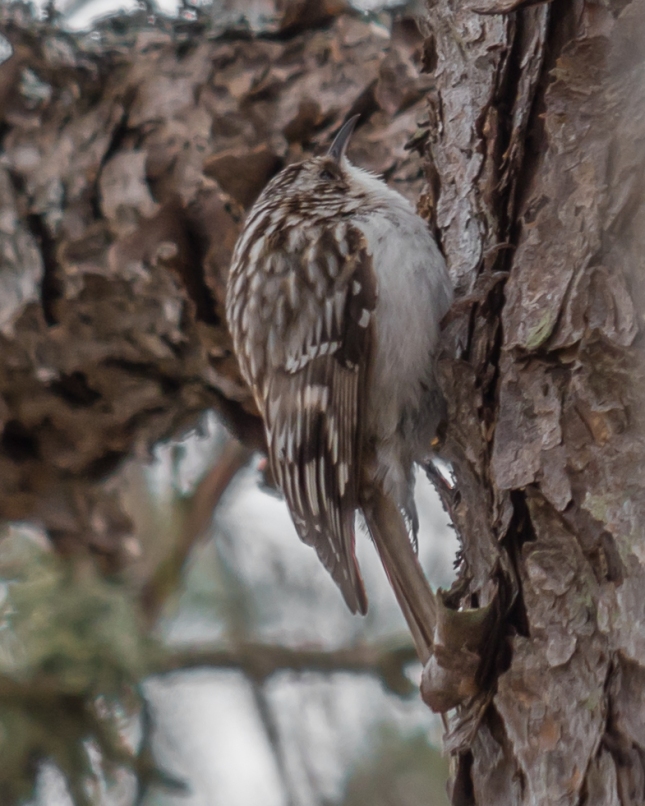 The Juniperus communis is changing its foliage colour from the brown of winter to some purplish greens.  I suspect that new “needles” are forming: 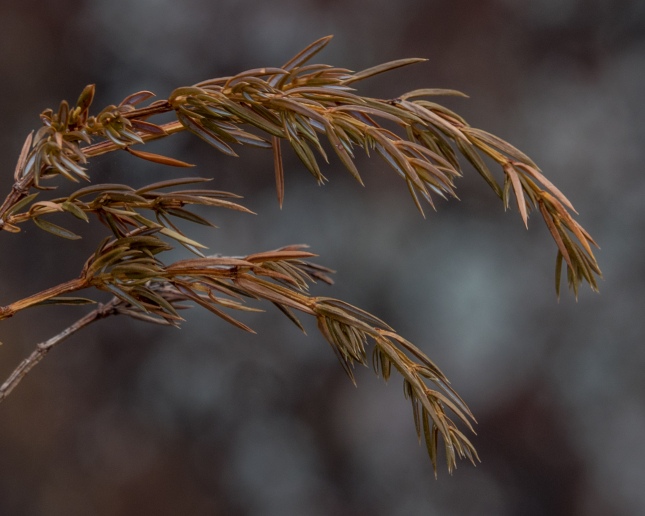 The beaked hazelnut blossoms are filling out, as are the male catkins:

Today this “ball” appeared from under the melted snow, under the spot where I saw, and photographed,  this paper wasp nest last September.  The branch that held the nest was broken with little evidence left of the actual nest.  I will monitor this “ball” to see what becomes of it ( paper wasp background ):

This bloom is poking up at the edge of Doug and Doreen’s lawn:

And, finally, this pair of Sandhill Cranes, in a field across from the former Dream Inn, shot from the road in the brush going to Bushey’s quarry.  According to all of the info I could find the best way of determining gender is that the male is somewhat larger than the female.  Your guess is as good as mine: 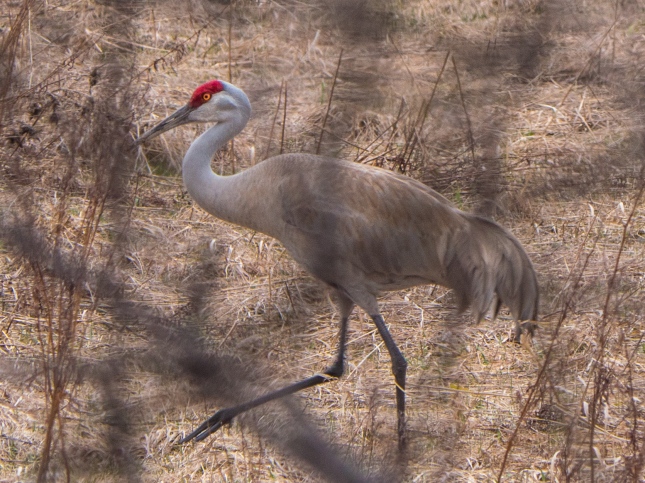 The blurry lines are from the branches that helped to obscure the photographer.

They look quite similar to me.  Apparently the slight difference in colouration is due to preening behaviour. 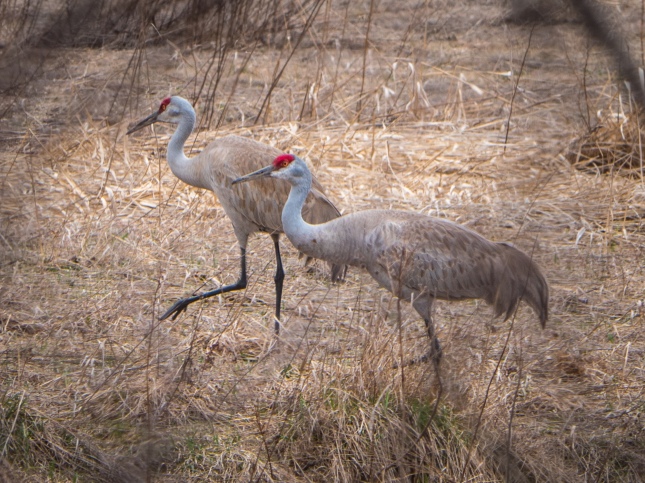 Here is a nice folksy article in the Manitoulin Expositor a few years ago:

This is the Hannah study that Mr Erskine refers to:

I wondered if the N.E.Georgian Bay birds and Northeastern Ontario Birds went to Manitoulin to be part of the Manitoulin “Chapter” of the North Eastern Population.   Judging by the following, I think not.  I suspect that our birds will join up with southbound overflyers to feed in Southern Ontario grainfields next September, as described in this adventure story.

This report from Owen Sound adds some credence to the south-western Ontario flyway:  http://www.owensoundsuntimes.com/2013/11/19/sandhill-cranes-in-hunters-sights

And this indicates that the Sandhills are back in full force, at least for the time being:

In the meantime we’ll listen for them and hope to see them a few more times before they disappear to nest to hatch and fledge a colt or two over the summer.  (Nice summer school curriculum, eh?)