On the way back from Sudbury we made a quick detour into the former Burwash Prison Farm and were amazed to see thousands of European Skippers feeding on their favorite blossoms:

Common vetch seemed to be a common meeting place: 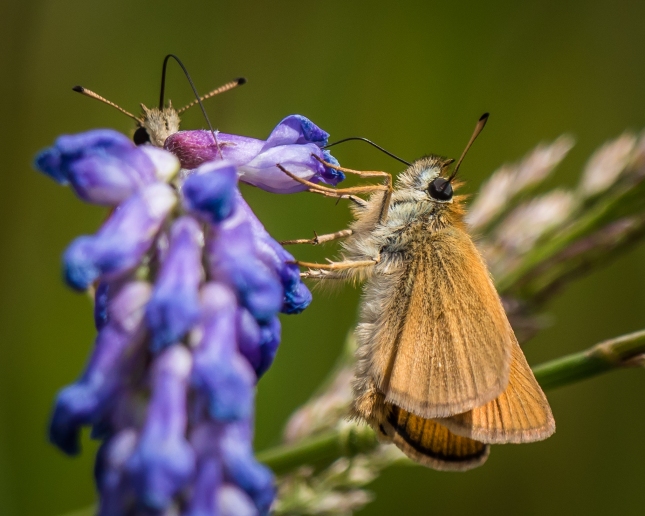 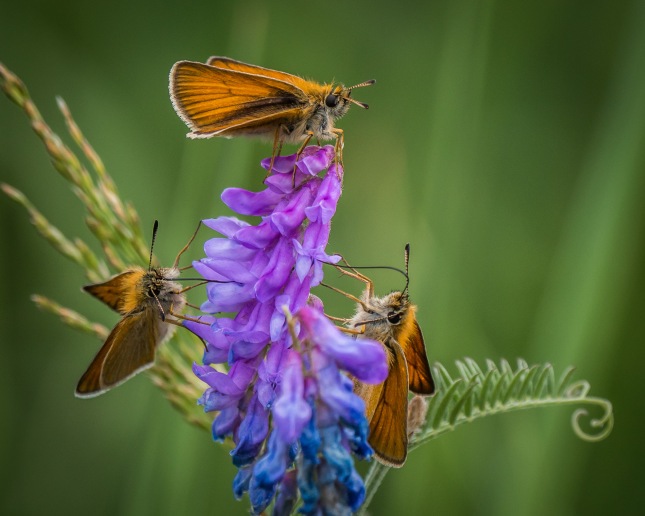 Also Dogbane, a member of the milkweed family … 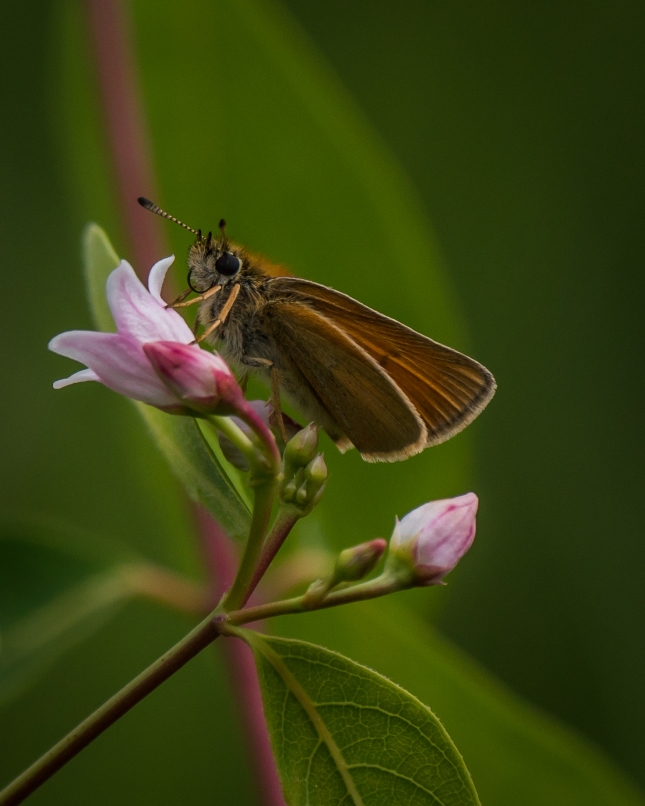 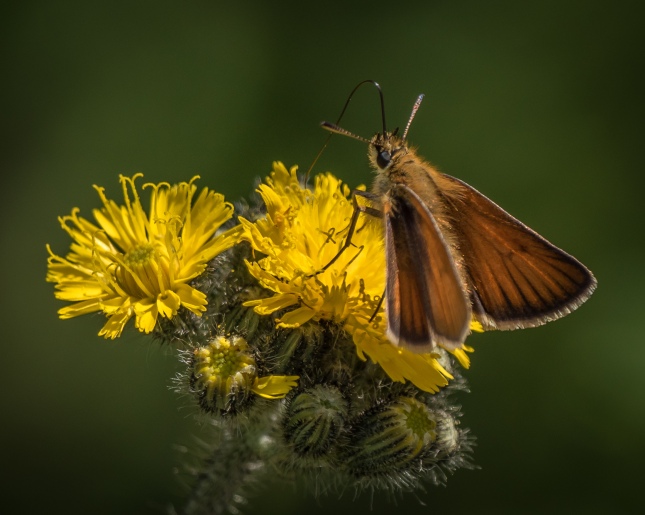 And Orange Hawkweed (aka Devil’s Paintbrush maybe since it tend to bloom in places like wild lawns and roadsides. )

And this escaped cultivar, Dianthus:

Ox-Eye Daisy seems to be a popular source of nectar also, 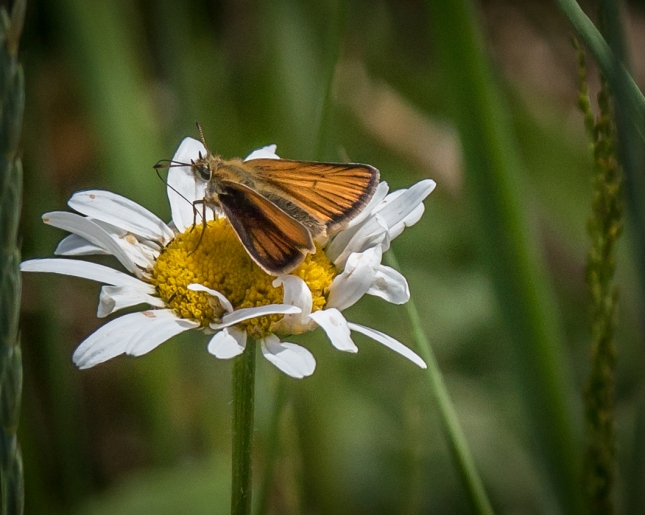 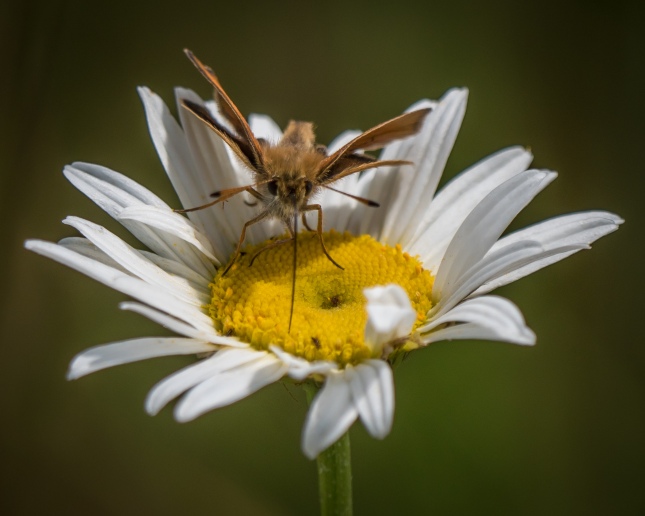 in spite of this threat of ambush: 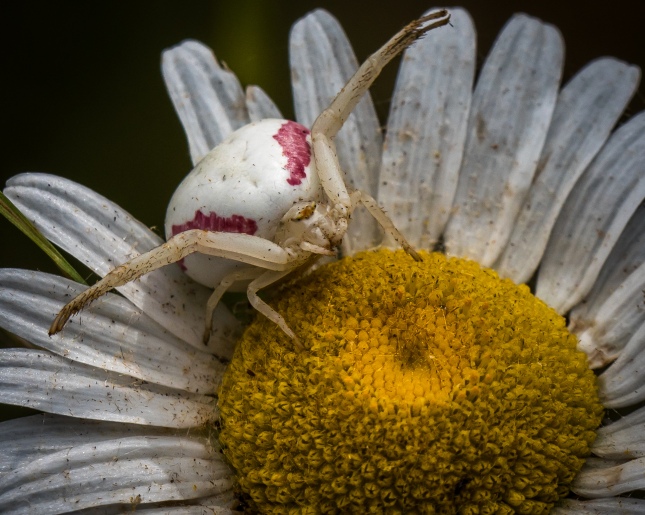 The above white crab spider was in the same bunch of Daisies as when we visited the previous week.  This time it looked as if some Skipper left some scales behind as the spider disposed of its remains.

There were several gravelly spots where a predator (often a fox) had removed turtle eggs from their nest: 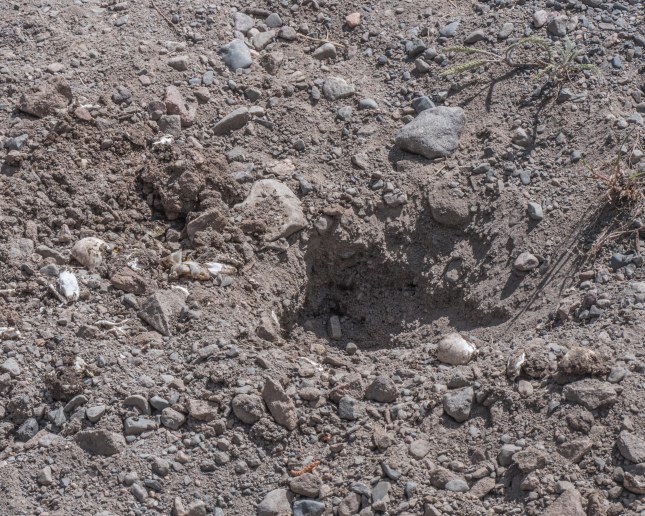 This Painted Turtle revealed its past by leaving a light trail on this gravel road.   I suspect that the turtle supports enough weight on its legs to drag its bottom carapace along the ground.

While leaving the site we saw this nice buck eating cattails at the side of a pond.

When I stopped the car he leisurely “hid” in the cattails, playing peek-a-boo with the photographer. 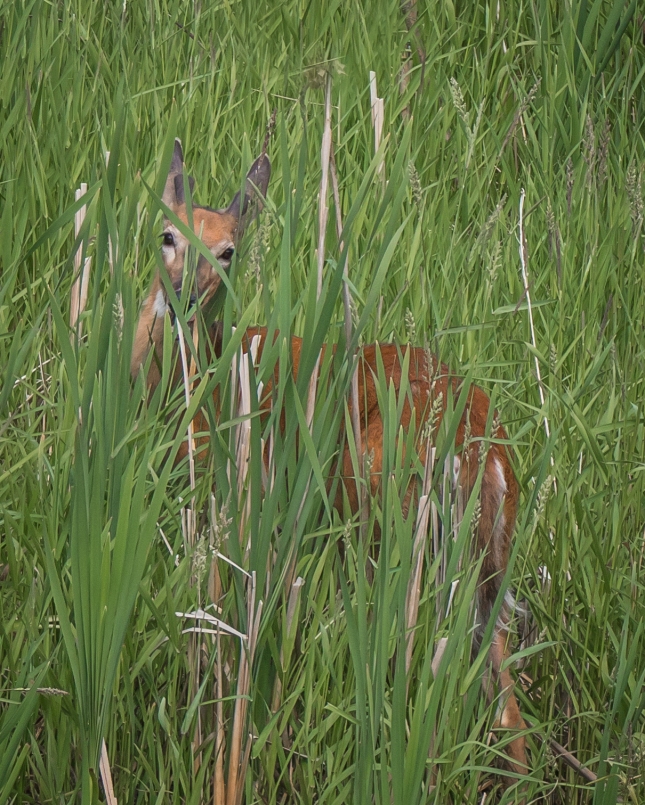 It almost seemed that he knew I had a long lens on because he then came out to pose in the standard deer portrait that photographers seem to like.   I didn’t want to disappoint him, so here he is in all of his glory:

If you click on the first deer photo you’ll see that the fuzz is not yet developed on this buck’s antlers in the “velvet” stage.  This indicates that these are very “fresh” and “new”.  Buck antlers in this stage grow very quickly, up to 1/4″ per day.  These antler buds are only a couple of weeks old and are pre-velvet, consisting mainly of blood with some dissolved minerals precipitating along a central core, thicker at its base.

The Burwash site is a great place for a  variety of wildlife.  Hopefully the Provincial Government will make it a game preserve and discourage hunting at the former Camp Bison.