We went for a short drive to check out the milkweeds and saw some new blooms and their visitors:

Tragopogon dubius as seen from an unfamiliar angle …

A variety of flies are visiting the blossoms .. 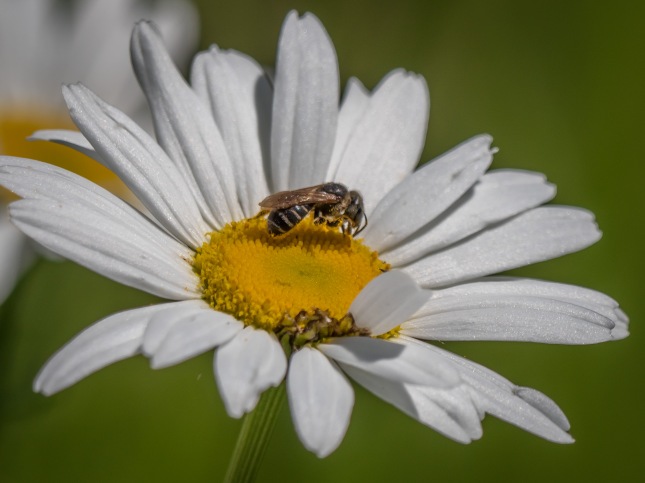 … including this moth drinking milkweed nectar:

… which it shared with this Silvery Checkerspot: 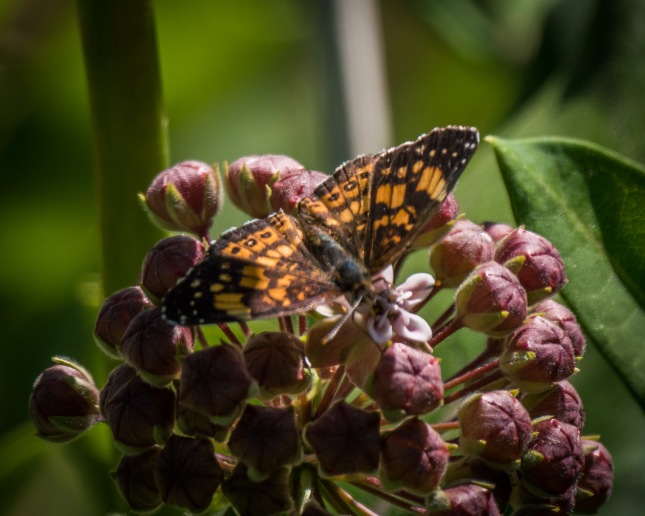 While the Hobomok Skipper supped on vetch nectar.  (I am finding that getting a correlation of butterfly and its preferred nectar to be an aid to identification.)

Here is that unidentified flying beetle again.  This time deep in the Northern Raisin flower cluster.

This Sheep Laurel is two weeks behind the Sheep Laurel in the open bogs.  It is located on Riverside Rd,  in a very small fen on the north side of the road across from Barb and Steve’s big rock outcrop. 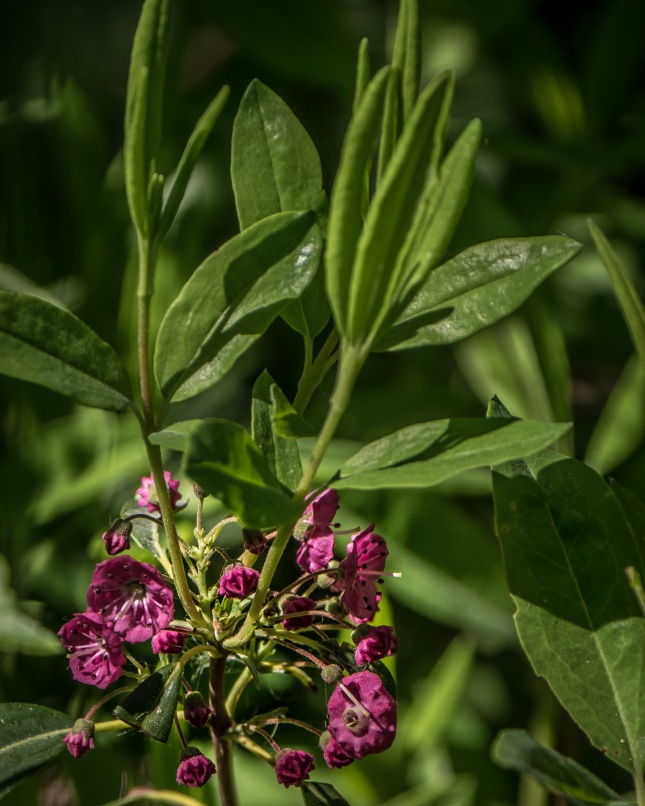 The blueberry crop is coming along fine this year.  Hopefully we’ll  soon get some rain so that the Teddy Bears can have their July picnics.

See the black eye streak and black bill?  A giveaway.

The warm weather has really moved things along.  I cannot keep up so I’ll do a bit more editing over the next few weeks as we get into summer.

After Brandy’s check up at her Vet’s we detoured back home via Shebeshekong and the “Old Highway” stopping for a wild cherry yogurt and tea at Moose Lake Trading Post.

Along the way we watched the Skippers filling up with nectar on the common vetches planted along the roads.  I am still working on my IDs of the myriad of Skippers that inhabit this part of Ontario.

And I’m also still working on identifying the various Odonata in our area. 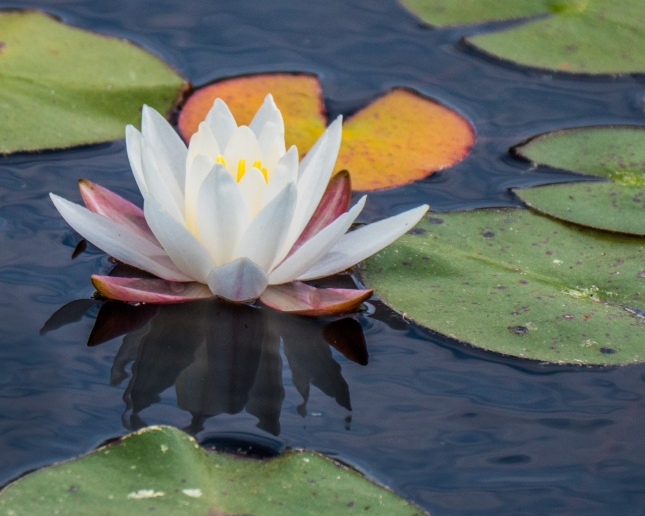 Back to the ‘ogys, entomology in this case, with its huge taxonomic classifications.

Some of my Science North friends will recall some of my harangues about the importance of paying attention to the observing before getting heavily into the “Oh? Gee! Why?”s.   A lesson that I should remind myself of more often!

Here are some interesting remarks about this increasingly common Skipper.

I am seeing a lot of these flying beetles, often with lots of pollen clinging to their bodies.

I wonder how that mess of pollen ends up on that spot?

The photo is spoiled by a branch waving in the breeze, but the story is good — as the bumble bee comes up the clover blossom to disturb the butterfly … who takes off, curing its proboscis along the way.  Bees seem to boss butterflies.

Another one!  In a more relaxed state than normal.

After it saw me I went to the back of it to get this photo.

Blackberries are in full bloom now. 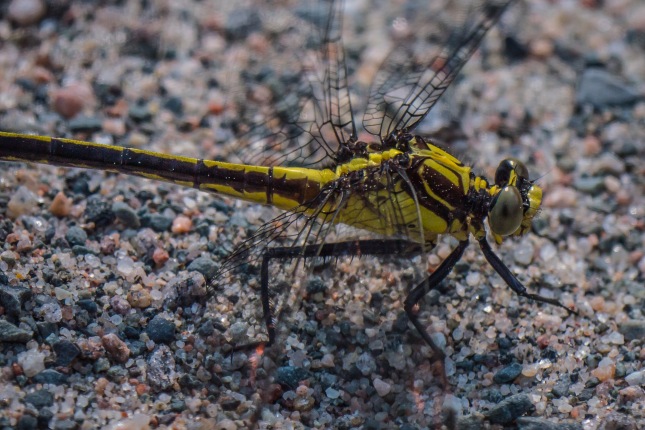 Landscape with the long lens, at Equivalent Focal Length of 200 mm, shortest zoom. 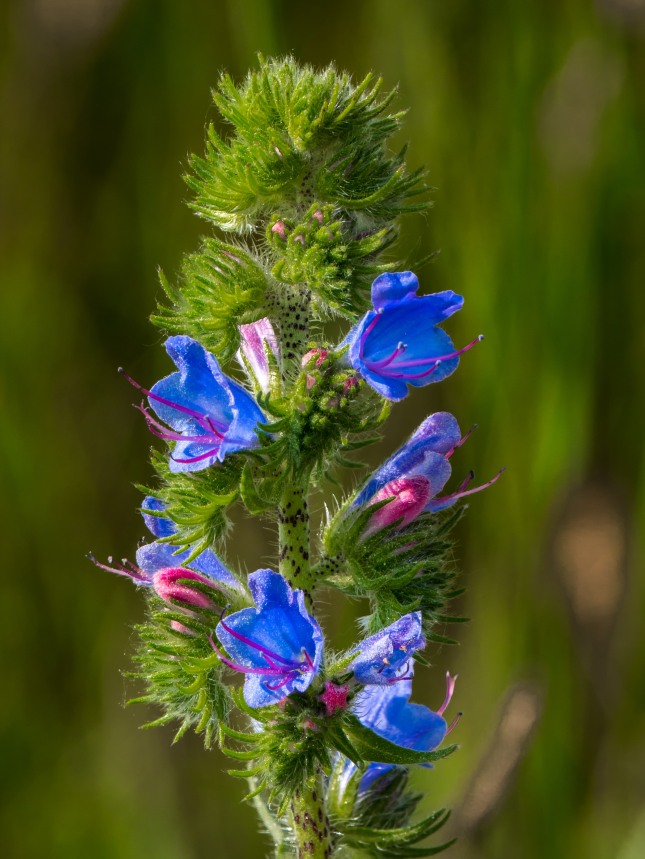 What is this fellow?

The above fellow was reported to the Species at Risk office at the Magnetawan First Nation.

Lots going on, out there.