Riverside Dr is a shoreline road on the north side of Byng Inlet (the Inlet, not the hamlet).  I often patrol it (after some sustenance and elder abuse at St Amants Waterfront Inn).  Yesterday I drove the 3 km from the Restaurant to the end of the public road and returned … with a camera full of images.  The trip took less than two hours and included a 30 minute conversation with amateur naturalist, Alex, about … you guessed it —- birdies.

Singing Yellow Warbler in dead Tag Alder next to the late Mr LaChance’s sawmill.  Alex saw me and came out to tell me of a Yellow Warbler nesting site. 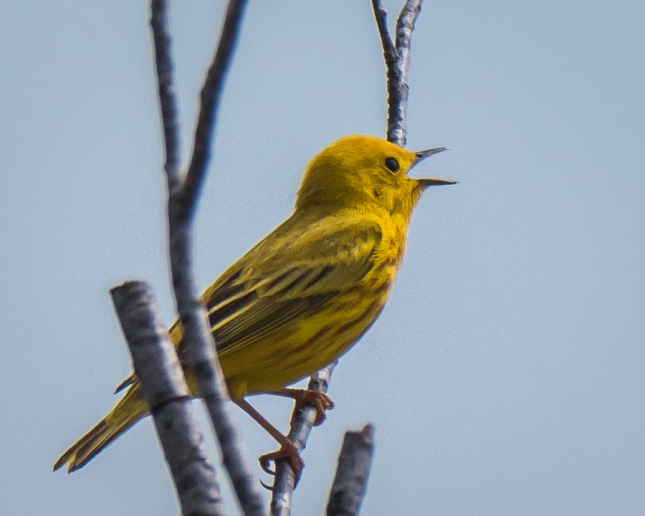 While we were chatting this Brown Thrasher visited on Alex’s driveway.   Alex is a very effective bird spotter. 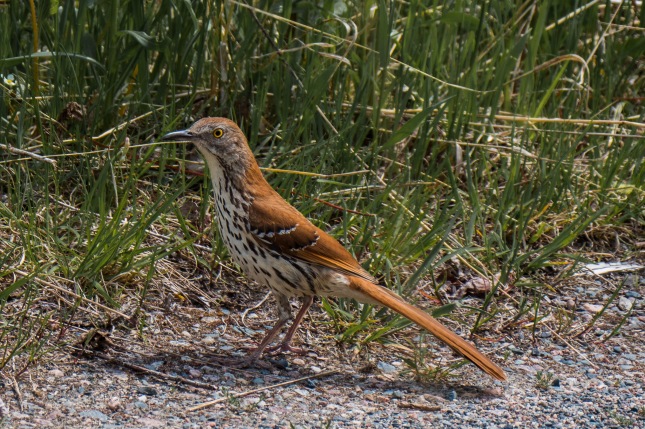 Then a female Redwing Blackbird perched on a Tag Alder over the water, intent on catching a few morsels. 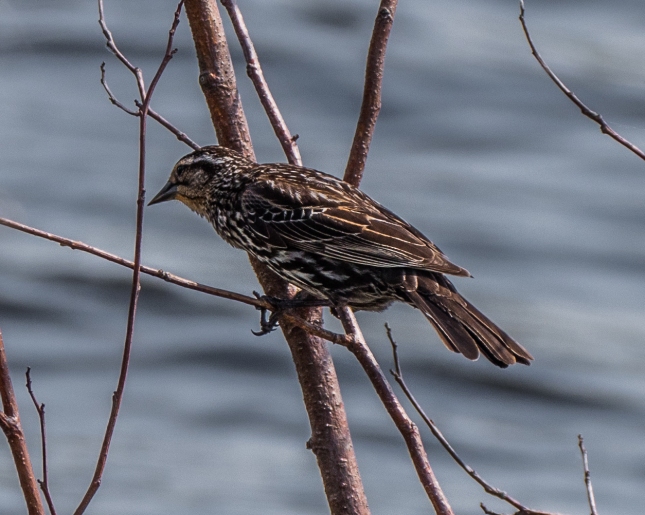 A little further on, in front of Shirley’s house I photographed some Canada Geese and this fellow: 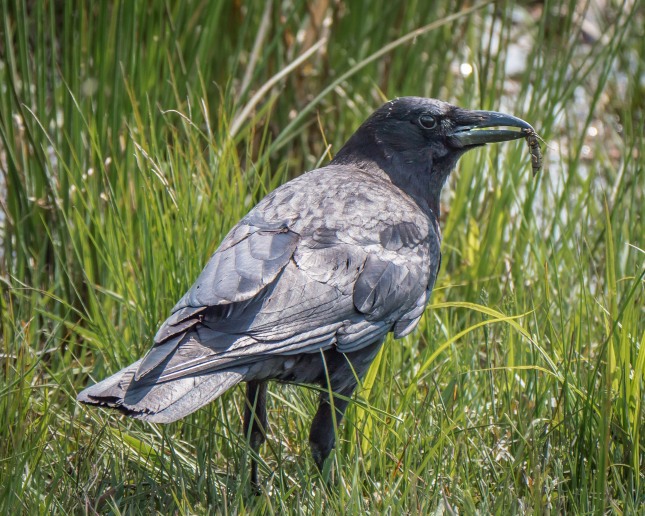 Here is the morsel, complete with rictal hairs,  up close: 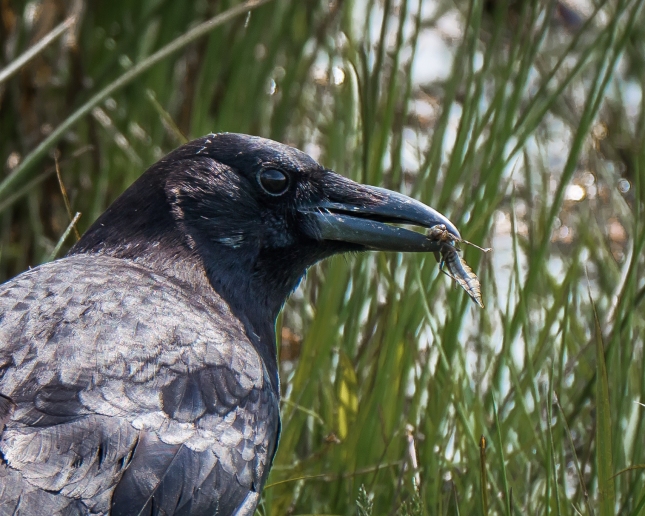 Further on, on the new curve just at the west end of “George’s Last Resort” I stopped to check on the milkweeds (up about a foot now, growing rapidly for the arrival of the Monarchs later in June) and saw the first Potentilla (Cinquefoil) of the season. 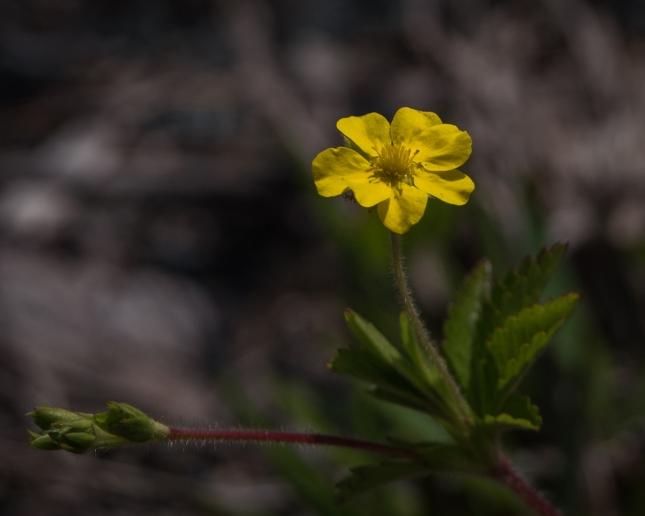 After turning around at the end of Riverside I saw this Northern Wild Raisin getting ready to bloom across the road from Dave and Maureen’s.  I also heard the Chestnut Sided Warbler singing but couldn’t spot it. 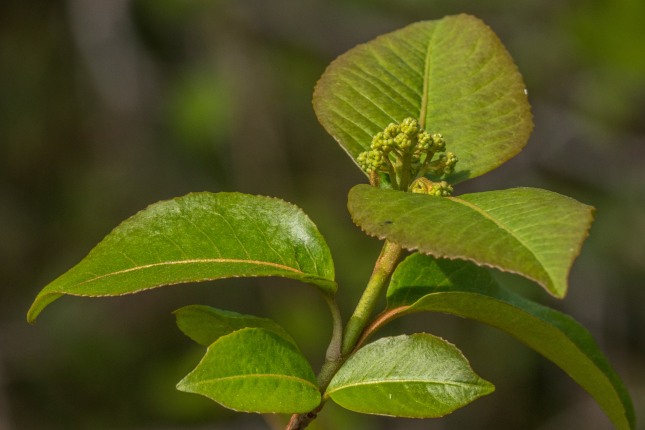 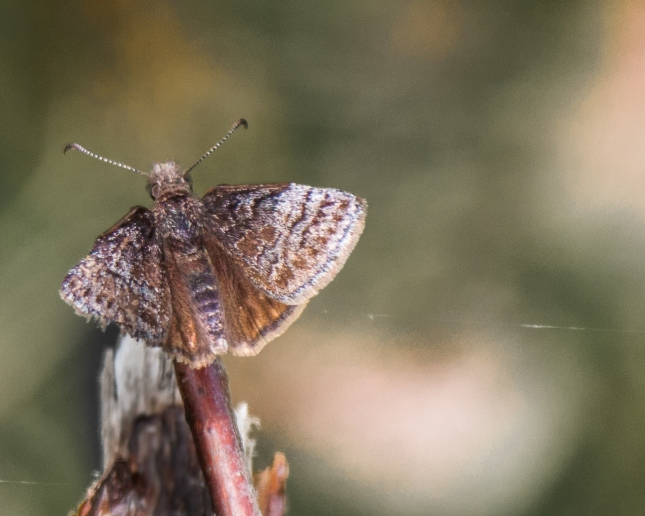 Father was bringing goodies for his family, in an 8″ diameter Aspen, 20′ off of the ground, on the north side of the road, 100 feet east of Georges driveway.   Coincidentally this was in my mail inbox today.

I have yet to see either parent enter or exit the cavity nest.   Now I am thinking about the “big beak” in the earlier post on these folks. 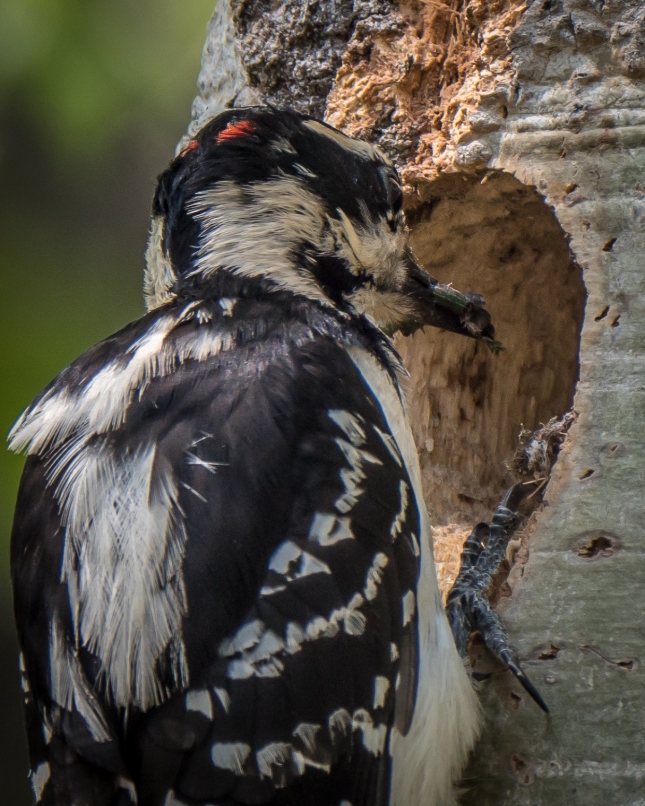 Great display of wild columbines in the rocks across from “The Mushroom Lady”: 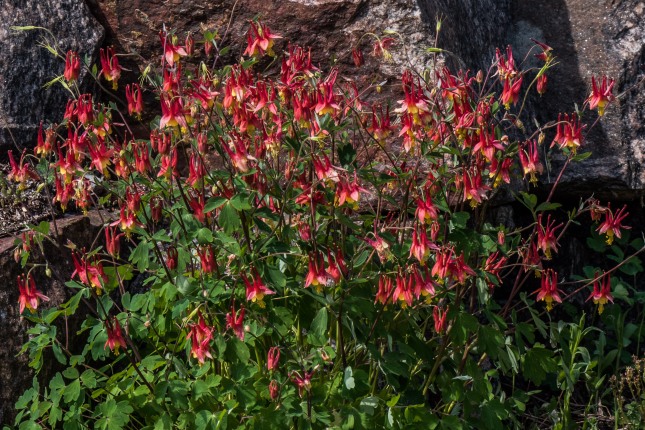 Wild rose in the rock at Doug and Doreen’s place.  Early because of the heat reflected off of the rocks: 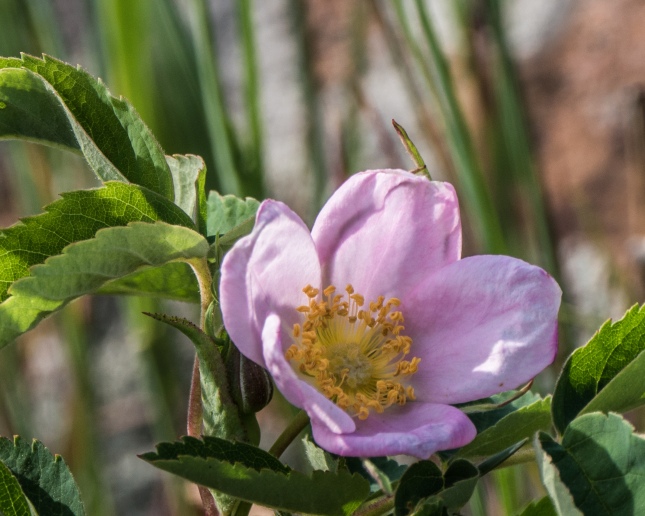 Buttercup on the bank across the road from the main Marina parking lot/boatyard. 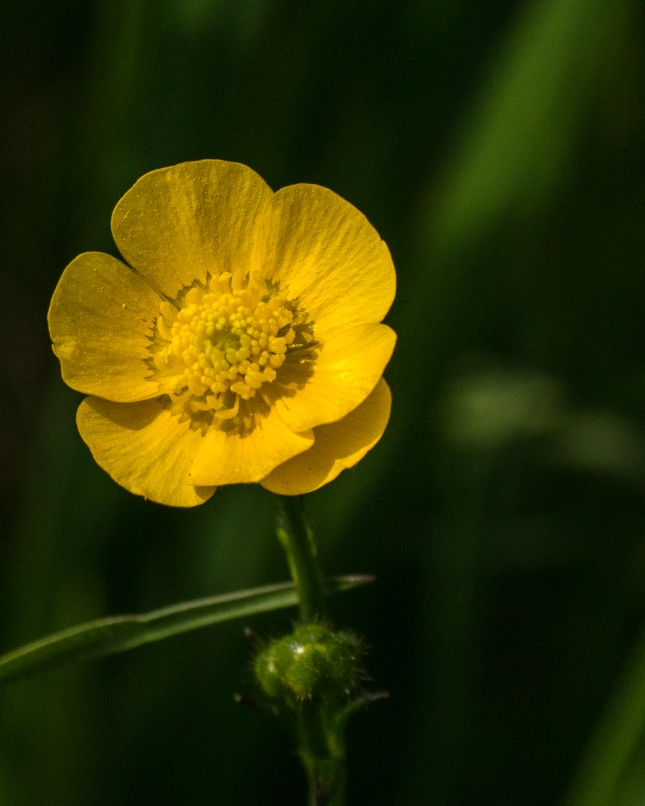 Lots to see in our back yards, eh?