Fauna and flora are awakening from their winter sleeps …

Bruno was seen near the road half a km away and ambled into the bush, where he kept a wary eye on the camera in the car for over 40 minutes, outstaying the camera’s operator:

Grackle is looking for morsels in the morning light:

Early Saxifrage observed with the very long lens from the car:

Again, with the long lens, this Northern Flicker is busy digging for grubs in some shore grass: 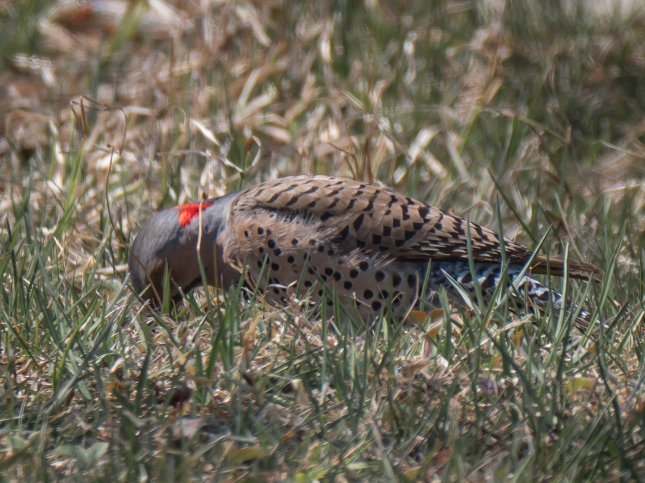 Many painted turtles are basking in the warm sunshine: 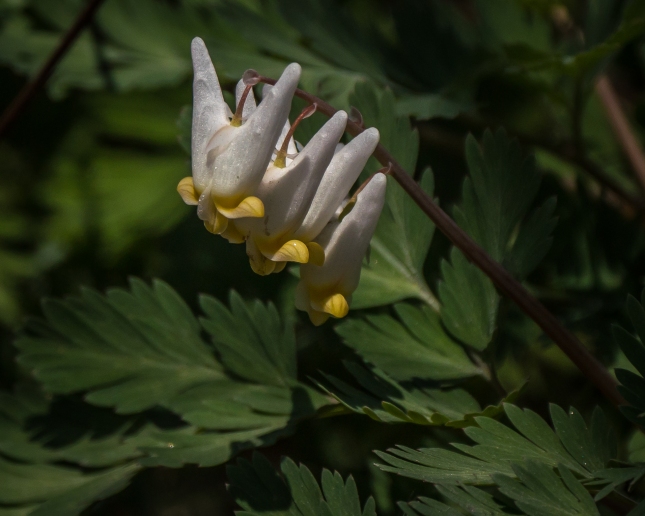 … in context with Blue Cohosh:

First Snapping Turtle of the season crossing road at pond between Pakesley and Grundy Lake PP. 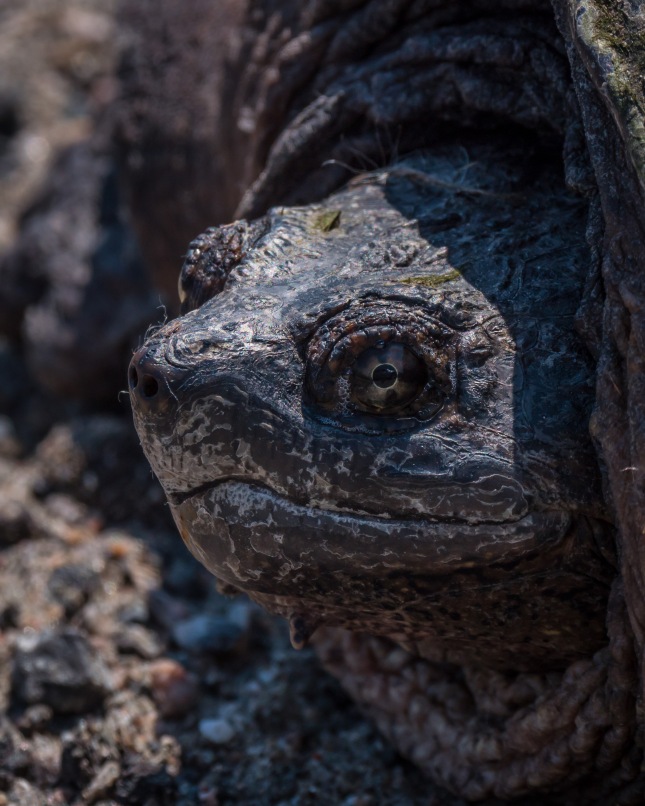 March Marigolds are starting to bloom in the sun …

… as are  exposed violets… 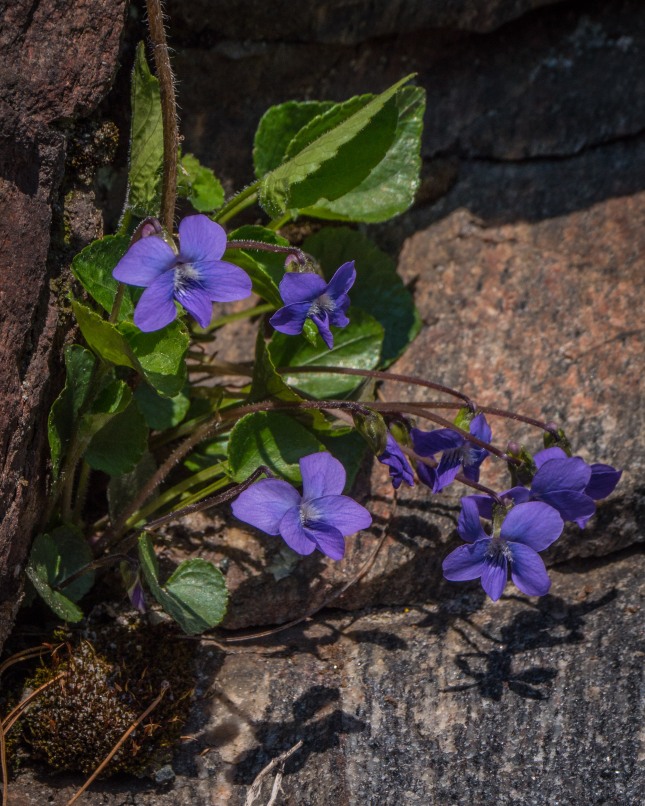 … and Pale Corydalis, first of the season seen in bloom:

Monet’s Water Lilies are lifting among a waterbug and a fly alighting on the water.

This fellow  exhibited the same behaviour as the Spring Bear.  It went into “negligee mode” from a long way away.  Maybe it was modest because of its scruffy springtime look (as it sheds its winter fur coat in pieces). 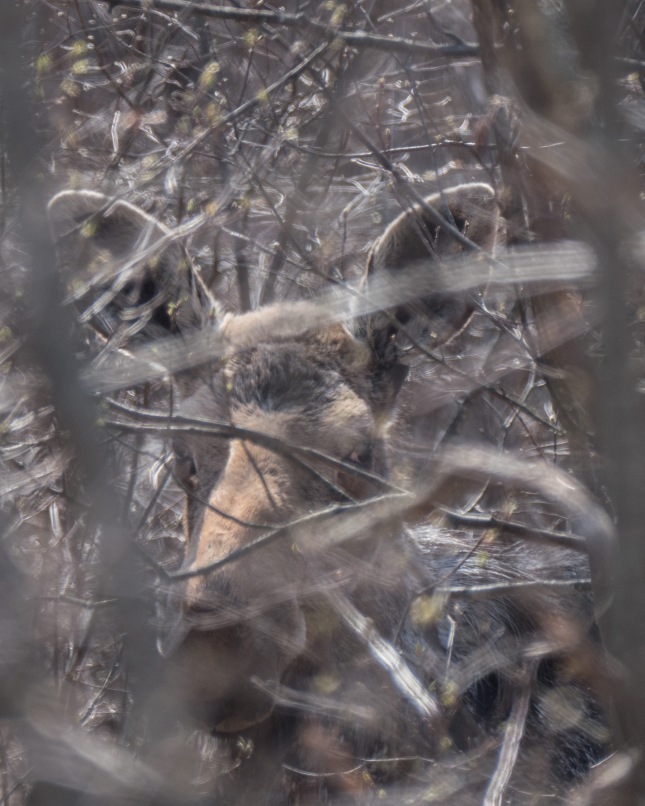 Often first confused with blueberry, Leatherleaf lives in the bogs and is one of the first bog dwellers to bloom. 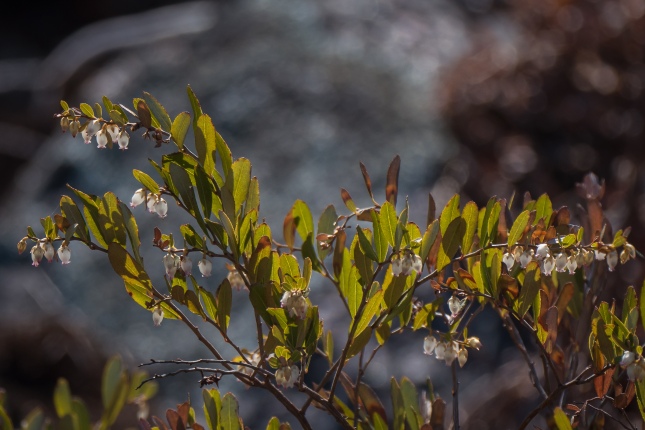 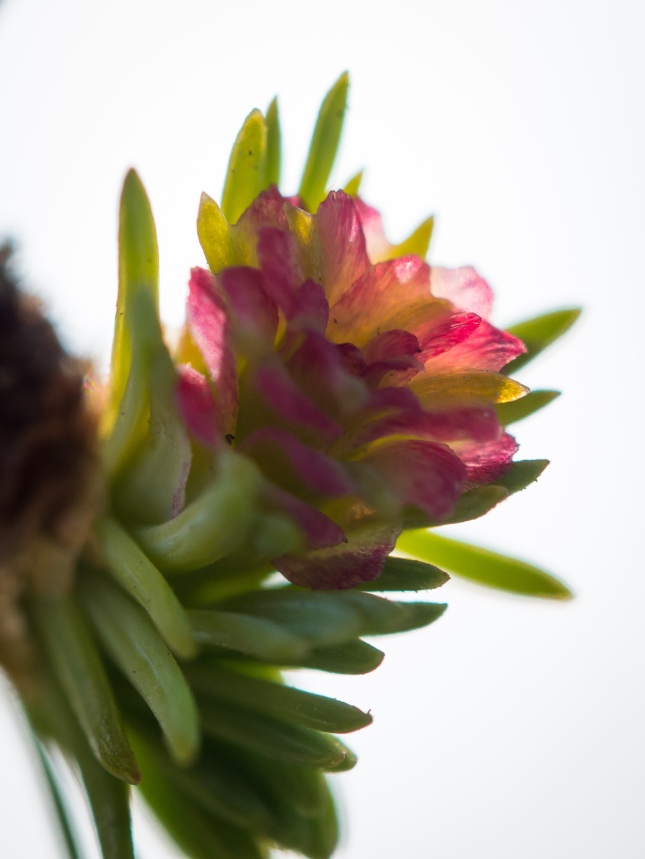 Every once in a while I check with Andy Fyon, author of the very helpful Andy’s Northern Ontario Wildflowers.

Recently he has been roaming around Southeastern Ontario photographing spring action and maintaining an interesting and informative journal on his facebook page: https://www.facebook.com/andy.fyon

He is an excellent photographer and in addition to his personal knowledge has a vast network of colleagues who really know their stuff.  Highly recommended.

We had some May showers yesterday which made for some interesting photos.  We also had a very important event take place which I’ll tell you about in the next posting!